Matt Smith has some experience both with unconventional modes of transportation as well as playing royalty. His next show is going to give him a chance to do a little more of each, though in decidedly different ways. He’s set to trade in his TARDIS for a new ride and his English crown for a fantasy look. After taking countless rides through time and space, the former Doctor Who and The Crown star is slated to lead another franchise, this time in prequel form. It was announced a couple of weeks ago that he would be starring in a Game of Thrones prequel show on HBO and last week he started flaunting his new “pet” in the production.

The dragon is Caraxes and will be Matt Smith’s newest pet/ stead/ enforcer on the upcoming show House of the Dragon. He’s slated to star in HBO’s Game of Thrones prequel playing Daemon Targaryen, the younger brother of King Viserys Targaryen. In the stories from the Game of Thrones timeline, Daemon is a hot-tempered dragon rider who was known for not only his fighting skill but his ruthlessness as well. Smith appears perfect for the role in what could be a slightly different, and more violent turn for the actor. We’re here for it.

Over the summer, it was announced that HBO was finally moving forward with House of the Dragon, setting it about 300 years before the events in the Game of Thrones series. It will follow the Targaryen family, those dragon-riding ancestors of Daenerys, who began a reign over Westeros that eventually ended in madness and bloodshed. While we aren’t likely to get all the way to the Mad King, Aerys II, this show should lay the groundwork for the family’s ultimate demise.

Joining Matt Smith in the House of Dragon cast will be Emma D’Arcy as Princess Rhaenyra Targaryen and Paddy Considine as King Viserys I Targaryen. These three family members along with Olivia Cooke as Alicent Hightower will likely make up the main part of the cast for what could be another wide-sweeping epic tale similar to its predecessor.

House of the Dragon is based on George R.R. Martin’s Fire and Blood which is a “historical” recounting of the Targaryen family. The book itself acts as more a primer for the world of Westeros than an actual narrative work. It pulls its stories and recountings from details of the larger Game of Thrones series. The show will be focusing on the stories around the ultimate war within the Targaryen family, of which Matt Smith’s character is likely to have a major role. His dragon Caraxes was one of the last in the world until they made a come back with Daenerys’s eggs.

It will still be some time before we see Matt Smith riding that dragon though. House of the Dragon isn’t set to release until some time in 2022. In the meantime, you’ll be able to catch him in the upcoming vampire-comic film Morbius or in Edgar Wright’s Last Night in Soho, both of which are in post-production. 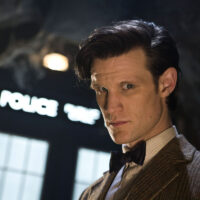 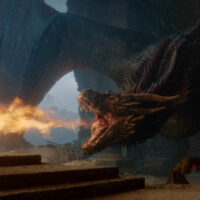