In terms of legends on the big screen, Mark Hamill is right up there having played one of the most recognizable and impactful characters ever in the history of science-fiction movies. He’s Luke Skywalker after all. So why wouldn’t the guy see his character in the same iconic standing as one of the greatest rock bands to ever do it? Recently, Hamill took to social media to add Luke Skywalker as a member of The Beatles and damn if he doesn’t seem to fit right in.

On his Instagram account, Mark Hamill was helping to promote the documentary The Beatles: Get Back which was released on Disney+ over the Thanksgiving weekend. In the photo, Hamill places Luke Skywalker in as the fifth member of the band, flanked on the left by John Lennon and George Harrison and on the right by Paul McCartney and Ringo Starr. With blaster in hand, Skywalker still seems to somehow fit in stylistically with the rest of the group though it’s a bit unclear what instrument he would play in the group. Check it out:

Because The Beatles: Get Back aired under the Disney umbrella, Mark Hamill was keeping the group and Luke Skywalker in-house here. Of course, Disney now owns the entirety of the Star Wars universe and has been actively pumping out productions in the form of series with a number of different movies on the way as well. It’s unclear if we will get a return of Hamill as Skywalker at any point though. He made an appearance in the form of a younger version of the character at the end of The Mandalorian Season 2. And on the big screen, we last saw him as a spirit of the Force in The Rise of Skywalker.

There have been talks and rumors about recasting the character of Luke Skywalker for the Star Wars universe going forward, especially if he is going to have parts in the storylines around the events of Grogu in The Mandalorian. Though CGI helped bring Mark Hamill back as the character once already, long-term that might not be a viable option. Sebastian Stan has been oft-rumored to take over the role and from different renderings very much looks like he could take on the younger Skywalker. He’s nearly a spitting image of Mark Hamill.

Meanwhile, though Mark Hamill probably can’t retroactively get Luke Skywalker to be a part of The Beatles, the Get Back documentary has been performing well for Disney. Made by Peter Jackson, the three-part series covers the group in-studio to make the album Let it Be in 1970. It covers a rocky point in the group’s timeline. It’s been critically well-received and is currently sitting at 92% on Rotten Tomatoes.

Mark Hamill, for his part, remains one of the most prolific voice actors out there having taken part in series like Amazon’s Invincible, Netflix’s Masters of the Universe: Revelation, and Last Kids on Earth. Whether or not he ever returns to Star Wars remains to be seen. Maybe we’ll see him make a studio album first. 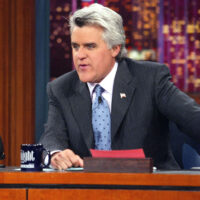 Jay Leno’s Big Return To Acting Is Seeing Another Setback 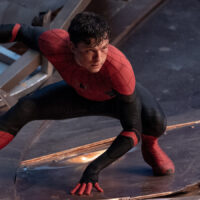