Liam Neeson Has One Of The Most Popular Movies On Streaming

Despite the pandemic closing theaters and many film productions, that didn’t seem to slow down the amount of Liam Neeson movies coming into the world. The actor has already released one film this year, with another to come, and put out two new releases in 2020. But the most popular of these was Honest Thief, which is currently the #1 movie on Google Play in the United States today.

Liam Neeson’s Honest Thief came out in October and spent two weeks at the top of the United States box office. Because of theater closings, Honest Thief didn’t have much competition, and only ended up making $14 million domestically, and $31 million worldwide. However, with the lack of films coming out last year, Honest Thief was one of the top 20 films to be released last year, and one of the few films to make the list that was released during theater closings.

In Honest Thief, Liam Neeson plays Tom Dolan, a thief who was known as the “In-and-Out Bandit.” When Tom falls in love with Annie Wilkins (Kate Walsh), he decides to renounce his ways, and turn himself into the FBI. When the bureau doesn’t believe he truly is the “In-and-Out Bandit,” he directs them to a storage facility where he has kept all his stolen money. Instead of using the money as evidence, the agents decide to steal the money themselves, which leaves Tom on the run, and trying to keep Annie safe.

While the film received a negative response from critics, which earned it a 39% on Rotten Tomatoes’ Tomatometer, the audience score is currently at an 87%, with over 1,000 ratings. Ian Freer of Empire Magazine said despite the film falling into familiar tropes, “Honest Thief has some twists and turns, sly humour and a refreshing feel for its characters that raises them beyond genre types.” However, Brian Lowry of CNN said, “By the standards of Liam Neeson thrillers, Honest Thief is pretty weak tea, a passable, low-octane action movie that doesn’t do much more than steal one’s time.”

Yet despite the similarity between this film and other late-period Liam Neeson action films, Honest Thief does have quite an impressive lineup behind it. In addition to Liam Neeson and Kate Walsh, Honest Thief also features Suicide Squad’s Jai Courtney, Burn Notice’s Jeffrey Donovan, Hamilton’s Anthony Ramos and Jasmine Cephas Jones, and Terminator 2: Judgement Day’s Robert Patrick. Honest Thief also featured cinematography from Shelly Johnson, who also had an impressive 2020, as he also shot Tom Hanks’ Greyhound and Bill & Ted Face the Music.

In addition to releasing Honest Thief last year, Liam Neeson also starred in Made in Italy, a drama with his son, Micheál Richardson, about a father and son dealing with the death of their wife and mother. In 2009, Liam Neeson lost his wife, actress Natasha Richardson, so Made in Italy seemed more autobiographical than the standard action films we’ve come to expect from Neeson in recent years.

But that also hasn’t stopped Liam Neeson from continuing with the action films. After releasing Honest Thief last year, Neeson followed it up with The Marksman earlier this year. As of right now, The Marksman is the second highest-grossing film to be released in 2021 so far. Neeson will also soon be releasing The Ice Road, another action thriller, which also stars Laurence Fishburne and Ray McKinnon. After a bidding war for the film, Netflix purchased the rights, and is reported to be releasing the film later this year.

Currently, Liam Neeson is filming Blacklight in Australia with Guy Pearce. The film is about an off-the-books FBI agent who pulls undercover agents out of dangerous situations. While it seems like Neeson is putting out a ton of action films in recent years, it looks as though the actor is planning on retiring from the genre after putting out a few more over the next few years. It may seem like overload at this point, it seems like he’s trying to cram as many in as he can before saying goodbye for good.

With only a few years left to enjoy ass-kicking Liam Neeson, Honest Thief’s great cast and twisty story seems like an intriguing choice for what sounds like it could be one of Neeson’s last big action films. Honest Thief is currently available to watch on various online rental services, and is currently the most-watched film on Google Play. 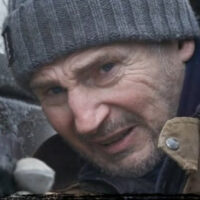 Liam Neeson Is Doing One Final Action Movie, And Here’s The First Trailer