Director Chloe Zhao had some unique requests when it came to filming Eternals. Notably, instead of filming in one set location with a large green screen handling the backgrounds, the Oscar winner opted to film in unique locations around the world. This comes with specific challenges that go beyond the budget. There’s convincing your actors to follow you to all the locations, there’s getting crew set up in all those spots, and there’s stuff like sweeping the landscape for threats to your cast and crew. Like bombs. When a metal “thing” was found on location during filming for Eternals back in November 2019, no one was really talking about it. Now, Kumail Nanjiani has shared his reaction to the news with Empire Magazine.

Eternals was filming in the Canary Islands, off the coast of Spain. On the island is reportedly a former Nazi base. The history behind the location is actually shrouded in mystery since a lot of what happened there has been passed down over time. However, while filming on the island that is often a hot vacation spot, Kumail Nanjiani says some of the actors found a metal “thing”. At the time, reports said that Angelina Jolie and Richard Madden were filming a scene there. Cast and crew were evacuated from the area for obvious safety reasons. The metal “thing” turned out to be an unexploded bomb from World War II.

Some of the actors found this metal thing and were like, ‘Hey, what’s that?’… I remember being like, ‘Guys why’s the schedule changing? WHAT DO YOU MEAN, THERE’S A BOMB?!?

Clearly, shooting on location comes with some surprising challenges. The islands are a vacation hot spot, so it would seem like someone would have discovered such a thing before. However, people might not have been as curious as a group of bored actors on set. Kumail Nanjiani didn’t share how long production was delayed, but reports at the time didn’t make it sound like it took very long.

Initial reports of the bomb scare came in almost exactly two years before Eternals is set to premiere. The pandemic caused release delays for films around the world. Now, the actors are sharing stories from the set that took place in their more distant past. Kumail Nanjiani has been doing interviews sharing how excited he was to take on a role different from his usual nerdy typecast parts. This time around, he’s getting to play a ripped superhero, something he’s particularly excited about.

He’s also been sharing stories about working with stars like Angelina Jolie and Salma Hayek. Kumail Nanjiani has said that working with them taught him a lot about what great actors do on set in order to make others feel comfortable. He shared that the pair never hid in their trailers. They were always involved in group activities, cooked in their trailers and invited people over, and went out of their way to bond with their castmates.

These are lessons he may be carrying forward, as Kumail Nanjiani has more big roles at Disney-owned properties on the way. He’s currently set to star in the new Disney+ series Obi-Wan Kenobi, in a role we don’t yet know a lot about. The series has finished filming though, so more information is expected to be released soon. 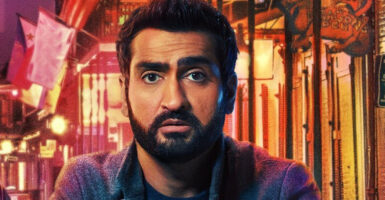 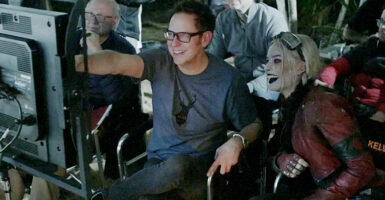 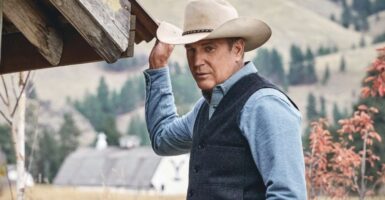