With performances in films like Still Alice, Certain Women, and Personal Shopper, Kristen Stewart has shown herself to be one of the most interesting actresses working today. But one of her biggest roles yet is coming, as Stewart is currently filming Spencer, in which she plays Princess Diana. The first look at Stewart in the role has been revealed, and the similarities are jarring.

Spencer will take place during a weekend in the ‘90s, when Diana realized she couldn’t stay married to Prince Charles. The film covers three days during the Christmas holidays spent at the House if Windsor on the Sandringham estate. Kristen Stewart has said that the film shows a “pivotal turning point in her life,” one that shows Diana trying to return to her roots, even after marrying Prince Charles and becoming part of the world’s most famous family.

Spencer comes from director Pablo Larraín, who has a history of adapting the lives of popular historical moments and figures into his films. No, which was nominated for the Best Foreign Language Film Oscar, was about advertising tactics used in 1980s Chile. Neruda told the story of the poet Pablo Neruda, and in 2016’s Jackie earned Natalie Portman an Academy Award nomination for Best Actress for her portrayal of Jackie Kennedy after the death of her husband, John F. Kennedy. Spencer seems similar to Jackie, in that it shows Kristen Stewart’s Princess Diana during a moment in her life that defined who she was from that point on.

In addition to a team that features Pablo Larraín and Kristen Stewart, Spencer was written by Steven Knight, who has previously written the scripts for 2007’s Eastern Promises, 2013’s Locke, which he also directed, and 2016’s Allied. Knight has also written for Peaky Blinders, Taboo, and was one the creators of Who Wants to Be a Millionaire? Most recently, Knight wrote 2018’s The Girl in the Spider’s Web, this year’s Locked Down, and wrote and directed 2019’s Matthew McConaughey-starring flop, Serenity.

Beyond Kristen Stewart as Princess Diana, Spencer already has an impressive cast. Spencer will also feature Timothy Spall, who has previously starred in five of the Harry Potter films, as well as Mr. Turner, Enchanted, and The King’s Speech. Spencer also stars two-time Academy Award nominee Sally Hawkins from The Shape of Water and the Paddington series. Finally, Sean Harris from Mission: Impossible – Fallout, Prometheus, and The King will also appear. The producers have not yet revealed who will be playing Prince Charles, and who will play their two children, Prince William and Prince Harry.

Recently, Kristen Stewart has appeared in 2019’s Charlie’s Angels, as well as last year’s Underwater and Happiest Season. But with a strong team behind Spencer and maybe her most high-profile role since Twilight, it seems like this could very well be the role that earns Stewart her first Oscar nomination. With audiences still showing they are very interested in seeing Diana on screen, as The Crown introduced her this past season to rave reviews, it seems like an opportune time for Spencer. 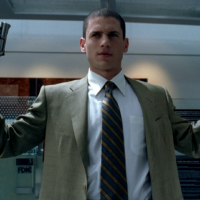