Kevin Costner Has One Of The Most Streamed TV Shows

When the idea of Yellowstone was first brought to Kevin Costner, he took an immediate interest. How could he not? It was written by actor/writer Taylor Sheridan, who was quickly becoming a well-known entity with a pen, and its genre landed right in Costner’s wheelhouse – a contemporary western.

But the story, as pitched, was to be a movie. A long one, but a movie none the less. “I thought we were going to do one long movie, 10 hours,” Costner told ET. “So I’m down with long, I understand long really well, and it was pitched to me we were going to do one long movie.” So, pardon his hesitation when it slowly began to turn from one long movie into a TV series. “Somewhere along the line, they wanted to turn [it] into a series, and you kinda have to look at things again.” Thankfully he didn’t shy away. “I have my own internal reasons why I ended up doing it, but ultimately there’s that window of opportunity… [where] you gotta jump creatively, and so I did that,” he added. “I’m happy for the show and everyone in it.”

His happiness shows by his on-screen performance, a meaty role as John Dutton, the patriarch of the Dutton Family, owners of the largest contiguous ranch in the United States. And it is this story, finely crafted by Sheridan, that has made Yellowstone one of the most-watched shows on cable TV, getting its start on the Paramount Network and finding itself listed as the number one show on Amazon Prime in the USA.

One can understand the 65-year-old Costner’s reluctance in taking on the role of John Dutton. It isn’t the character itself that caused Costner a long pause before agreeing, but the understanding of what was to come by accepting the role. It wouldn’t be a quick shoot, like with many of his movies, but a commitment that would take him far from his family, wife Christine, and his seven children, three of which are with Christine. Costner knew this, as he had already been part of one big TV series, the 2012 mini-series Hatfields & McCoys, but even that didn’t ask Costner to make the sacrifices he’s making for Yellowstone. As “Devil” Anse Hatfield, Costner’s commitment to the show was nothing compared to Yellowstone. The travel alone to go back to see his family is taxing enough to make it impossible at times. “It puts me away from home. I go home every moment I can,” he said to Good Housekeeping. “But this year, we’re filming [season 4] exclusively in Montana, which makes going home almost impossible. When you deal with two airplanes, it’s all-day travel. If it’s all-day travel home, then it’s going to be all-day travel back.”

Regardless of where Kevin Costner is, how big a role he has taken on, its his children who always remain number one in his life, a fact he acknowledged with grace when he accepted the Lifetime Achievement Award at the 2015 20th Annual Critics’ Choice Movie Awards. “All the years, all the tears saying goodbye at airports as I headed off to do yet another movie. Their brave faces trying to comprehend the time that I would be away and when I would come home. Hugs that never wanted to end. My children have always been bigger than the movies. They’ve always been more important. It’s because of them that I’ve been able to do what I love.”

When Yellowstone premiered on the Paramount Network in June 2018, it had only one problem. The Paramount Network was not a widely known channel. Somehow, though, word got out that the Yellowstone pilot was all that and Kevin Costner fans began to flock to it. So much so that the series was an immediate hit, with numbers bringing it in only behind AMC’s The Walking Dead.

Since its premiere, the Yellowstone and Kevin Costner fan base has only grown by leaps and bounds. Its first season numbers were impressive, grabbing an average of 4.78 million viewers. The second season of Yellowstone saw a nice jump, with its average viewership rising to 5.65 million. The third season saw the same rise, with an impressive average of 6.43 million viewers. With the explosive ending in the season 3 finale, anticipation for the season 4 premiere is off the hook.

Kevin Costner is no stranger to the western. His first major starring role came in the 1985 western Silverado (such an underrated movie), a Lawrence Kasdan film that saw Costner play Jake, the younger brother to Scott Glenn’s Emmett. From there Costner went on to star in hit westerns such as Dances with Wolves (a film he also directed), Wyatt Earp, Open Range, and the previously mentioned Hatfields & McCoys, so one wouldn’t think that he’d have difficulty developing the character of John Dutton. And maybe “difficult” isn’t quite the way it should be described.

Perhaps a surprising fact to some would be that Kevin Costner is also a singer/songwriter that fronts a band called Kevin Costner & Modern West. They have been an active band since 2007, performing worldwide and it was he and his band that helped Costner develop his John Dutton character. It was through their music, tunes they wrote and performed on the show, tunes they also recorded for an album, Tales from Yellowstone, that helped Costner find John Dutton’s voice.

“Some of these melodies have worked their way into the score and, you know, into the soundtrack, but we didn’t do it for that. I did it because it helps me create the character,” Costner shared with ET. “One of the songs, ‘Won’t Stop Loving You,’ is about my wife, who’s passed away in the show. When you hear that song, when you hear the lyrics, you’ll understand how I climb into the character.”

So, where does John Dutton go and for how long? Fans were left wondering the fate of many with the season 3 finale cliffhanger but worry not, at least for Kevin Costner fans. He has already shared a picture of him on set in Montana, so we know John Dutton will be just fine.

As for the remainder of Kevin Costner’s family, well, fans will have to wait for the Season 4 premiere, which should come later in 2021.

Just how long will fans get to see Kevin Costner as John Dutton? According to Sheridan, there is a plan, and the number six keeps coming up. Three seasons down, a fourth on the way, and a possible two more to wrap up a great series. Of course, fans have the recently announced Y: 1883 to look forward to, the story of how the Duttons came to be, but for now, we’ll take what we can get with Kevin Costner and the present-day Duttons. 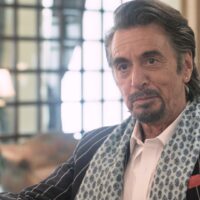