When a movie loses $75 million, and the flick’s Rotten Tomatoes score is so low that if you switched the rating out with your age, you wouldn’t be old enough to vote, what’s the proper response? Well, apparently, you wait 7 years and then you make a follow-up. At least that’s what’s happening to one of Keanu Reeves’ most poorly received films. The 2013 samurai flop 47 Ronin is getting a sequel.

Back in April, Deadline reported the 47 Ronin sequel was on its way with Ron Yuan (2020’s Mulan) attached to direct, and the writing pair of Lucifer actress Aimee Garcia and professional wrestler A.J. Mendez writing the script. Now, news has arrived from Collider and others that filming has begun in Budapest, and the new name of John Swetnam (Into the Storm) has been added to the list of writers. But don’t expect to see Keanu Reeves in the sequel because he won’t be there.

While 47 Ronin took place in 18th century Japan, the sequel will jump forward to the present day, explaining why Keanu Reeves’ Kai is no longer a part of the story. The world of the new film will include samurai clans that exist in secret though, like the original film, the story is described as a “fantasy action-adventure.” Glen Ross, general manager and executive vice president of Universal 1440 Entertainment — the company producing the film — says to expect a “vision of diverse and inclusive samurai warriors.” We’ll have to wait and see exactly how diverse this new brand of samurai proves to be.

Anna Akana — who Marvel fans will remember as the writer at the end of Ant-Man who is looking for the titular hero on behalf of Sam Wilson — will assume the the lead role of 47 Ronin 2. One of Keanu Reeves’ co-stars from 2019’s John Wick: Chapter 3 — Parabellum, Mark Dacascos who played Zero, will also appear in the film. So far, that’s the only casting news to emerge from production.

The 2013 version of 47 Ronin starring Keanu Reeves is a work of Chūshingura — i.e. a fictionalized account of the real life Ako Incident. In 1702, a band of masterless samurai avenged the death of their lord who had been ordered to commit ritual suicide, or seppuku. The story has been retold countless times in literature, theater, and films. The film starring Reeves is only one of a growing list of such adaptations including 1932’s Chûshingura, 1941’s The 47 Ronin, 1962’s Chushingura, and 1994’s 47 Ronin.

Keanu Reeves’ version of the film is not a beloved classic. WGTC notes 2013’s 47 Ronin grossed $150 million, which didn’t even break even with its $225 million budget. Meanwhile, critics seem to feel the flick deserved to flop, honoring it with an embarrassing 16% score on Rotten Tomatoes. Most reviewers are impressed with the film’s visuals, while bemoaning a dull story, and regretting great actors like Reeves, Hiroyuki Sanada (The Wolverine), Tadanobu Asano (Thor: Ragnarok), Ko Shibasaki (Battle Royale) and Rinko Kikuchi (Pacific Rim) were wasted on the flick.

There is no firm release date for the 47 Ronin sequel. However, Collider says it’s expected to be distributed on “non-theatrical platforms” some time in 2022. While he won’t be in the 47 Ronin follow-up, Keanu Reeves is also expected to show up on the big screen next year in a different sequel. He’ll be tearing through bad guys once more in John Wick: Chapter 4 — Hagakure. 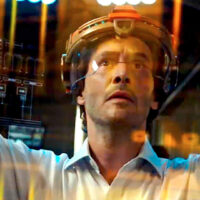