By Matthew Creith | 19 hours ago

Actor John Cho has become known for playing a multitude of parts throughout the years, most of which can be traced back to his stoner comedy days. But for every comedic performance, there may be room for some drama as well. Cho has gifted audiences recently with powerful performances in films like the Star Trek franchise and Cowboy Bebop, but watching him transform into an emotional father has been a strength of his acting talents. The new trailer for John Cho’s latest film, Don’t Make Me Go, has dropped, and it looks to be an emotional and hilarious roller coaster for the ages.

As reported by The Hollywood Reporter, John Cho’s newest project Don’t Make Me Go will debut on Prime Video on July 15, 2022. The trailer for the film has dropped this week, and it showcases Cho alongside fellow actors Mia Isaac, Kaya Sodelario, and Jemaine Clement. At first glance, the movie looks to be a comedic drama filled with familial relationships between father and daughter, while playing with typical road trip film tropes that includes bizarre roadside attractions and having fun in small towns along the way.

Written by Vera Herbert of This is Us fame, and directed by Hannah Marks, Don’t Make Me Go looks to tug at the heartstrings of America while demonstrating the love of a father. John Cho plays Max Park, a single father who gets diagnosed with a brain tumor that threatens his life. Mia Isaac takes on the role of Wally, Max’s teenage daughter, destined to constantly be embarrassed by her father’s every move. The two embark on a road trip to reunite Wally with her absent mother, in hopes of finding a parental figure that will help Wally with life lessons that Max will no longer be around to assist her with.

The actions seen in the trailer for Don’t Make Me Go lead audiences to believe that Wally may be keeping his terminal illness a secret from his daughter, which will most likely prove to be a dramatic point in the film when the secret is revealed. It will be interesting to see where the story goes during the road trip, as Wally tries to connect with his daughter over miles of American highway. The proposed reunion with Wally’s mother may also be heartbreaking, depending on how their relationships have been built throughout the film.

Don’t Make Me Go looks to be a poignant and heartbreaking story, filled with a lot of heart and humor. While many viewers may not be used to John Cho as a father-figure type, these roles seem to come naturally to the 49-year-old actor. His performance in 2018’s Searching, where he plays a father desperately searching for his missing daughter through the use of technology, is still a hit with critics and audiences alike. Rotten Tomatoes currently shows Searching with a 91% critics score on its Tomatometer, while users on the site have rated it with an 87% Audience Score. To date, it might be Cho’s best performance, leading up to his new turn in Don’t Make Me Go. 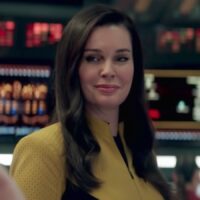 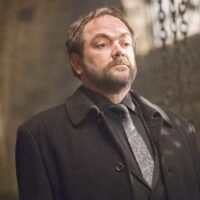