James Gunn (The Suicide Squad) continues dominating the superhero genre with his upcoming series titled Peacemaker with John Cena (The Suicide Squad) as the titular character of the same name. HBO put out a trailer (seen below) that was a medley of the upcoming shows and movies we can expect in the foreseeable future, and it gave us the first look at the comic book show.

The clip is brief, but we see John Cena sit down at a restaurant and being asked by the women he is sitting with why he is wearing his costume. Then we get to see shotgun action as he prepares to kick major ass, which is exactly what fans of The Suicide Squad should expect.

Peacemaker is written by James Gunn and directed mostly by the Guardians of the Galaxy filmmaker, with one episode done by Brad Anderson (The Machinist). It went into production almost immediately after The Suicide Squad had wrapped and was on its way to theaters and HBO Max. Gunn, John Cena, Matthew Miller, and Peter Safran all will executive produce.

The series was teased in an after-credits scene in The Suicide Squad as the titled character survived his duel with Bloodsport, who was played by Idris Elba (Hobbs & Shaw). Steve Agee (New Girl) and Jennifer Holland (Brightburn) will reprise their roles from the movie alongside John Cena as the patriotic lead. Also, starring will be Danielle Brooks (Orange Is the New Black), Christopher Heyerdahl (Hell on Wheels), Chukwudi Iwuji (John Wick: Chapter 2), Nhut Le (Stardumb), Robert Patrick (Terminator 2: Judgment Day), and Freddie Stroma (The Crew).

The trailer not only hypes up John Cena and his standalone series as it prepares audiences for new seasons of hit shows, new originals, and upcoming blockbuster movies. It featured the return of Succession, Euphoria, Curb Your Enthusiasm, and Insecure. The new shows include Peacemaker, The Sex Lives of College Girls, the sequel to Sex and the City with And Just Like That…, and Gossip Girl. Due to the pandemic, the entire 2021 slate of movies from Warner Bros. were released in theaters and on the streaming service, which highlighted King Richard, Dune, and The Matrix Resurrections.

While we got to take a look at the stacked roster of shows and movies, like our first look at John Cena in Peacemaker, there were some projects that were not seen. Most notably was the missing Game of Thrones spinoff series House of the Dragon.

Not much is known about the story of Peacemaker. From what we learned about the character, he is a super-patriotic villain who will do anything for his country. Surely the government will get John Cena to do work for them, as seen from The Suicide Squad based on the tease at the end of the film. Hopefully, this first look is a signal that we will get a full trailer by the end of the year.

Thankfully for fans, the wait is not too much longer. You can see John Cena back in his costume sometime in January on HBO Max. 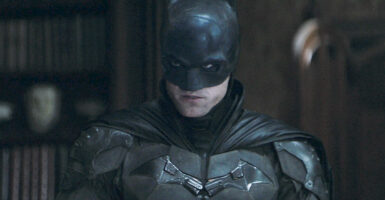 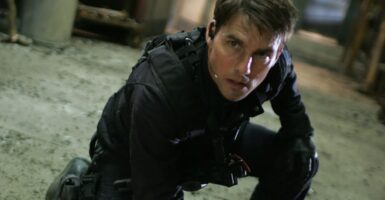