After being in charge of the TARDIS for more than three and a half years, Jodie Whittaker will bow out in Autumn 2022, along with the series’ showrunner Chris Chibnall, who spent three years at the helm of the sci-fi mainstay. However, before officially leaving the show, the first woman to play the Time Lord will star in the new six-part series later this year and three specials in 2022.

We previously reported on Jodie Whittaker’s departure from the show, following her appearance in two specials set to release in 2022. However, according to the Doctor Who webpage, BBC One has asked for an additional final feature-length adventure for Jodie Whittaker’s Thirteen Doctor, effectively forming a trio of specials for 2022 before the Doctor undergoes the all-important regeneration once more. But before that happens, we’ll see Whittaker in Season 13 of the show, which is expected to air in autumn, consisting of eight episodes filmed during the COVID-19 lockdowns.

Whittaker was introduced to the show by her friend and directorial regular, Chris Chibnall, who officially replaced Steve Moffat in 2018. The tenth season debuted in April 2017, with a Christmas special preceding it in 2016, with Jodie Whittaker as the Thirteenth Doctor, causing an initial ratings surge while also giving birth to an upset and vocal minority who objected to Doctor Who’s gender change. Regardless, she reprised her role in Seasons 10 and 11 and is scheduled to appear in the upcoming, abridged Season 13.

Chris Chibnall is currently writing and producing the abridged Season 13 of the series, which will release this autumn, followed by three specials – the last of which will air in autumn 2022 as a part of the BBC’s Centenary celebrations. It will also signal Jodie Whittaker’s and Chris Chibnall’s official swansong from the show. Chibnall’s departure from the series follows the same three-seasons rule followed by the Time Lord’s actors, ever since it was proposed by the Second Doctor actor Patrick Troughton.

In his interview, the showrunner stated that he and Jodie Whittaker made a “three series and out” pact with each other. So now that their shift is ending, it’s time to hand back the TARDIS keys. Unfortunately, the release date of Season 13 still remains a mystery, and the same goes for who Whittaker’s replacement might be. Some rumors suggested Olly Alexander as a firm favorite to replace Whitaker, but the singer’s management quickly disproved those claims.

In addition to introducing Jodie Whittaker as the first female Doctor, Chibnall also brought in Tosin Cole, Mandip Gill, and Bradley Walsh to the show. Since then, Whittaker was voted the second-most-popular Doctor of all time, losing to the Tenth Doctor David Tennant. Episodes such as Rosa, Demons of the Punjab, and Spyfall thrilled the worldwide audience and brought in two BAFTA nominations, along with Multiple National Television Awards, BAFTA Cymru, TV Choice, and Critics Choice nominations.

Aired since 1963, Doctor Who is among the longest-running television series in the world, following the adventures of a Time Lord called “the Doctor,” a human-looking extraterrestrial being. Thirteen different actors headlined the series, with Jodie Whittaker being the most recent. So it’s only a question of who will take up the mantle of the Time Lord next, now that she’s departing the series. 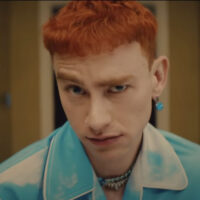 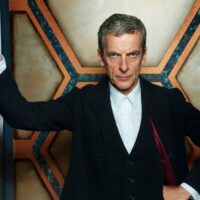