There was a time when JK Rowling’s name was as much of a selling point as the cast of the Harry Potter films, the visually stunning spectacles they packed, and their promise of a world alight with magic. But the celebrated author has been embroiled in controversies since 2019 and looks like its after-effects are still in motion. Anyone who has caught the recently released trailer of Fantastic Beasts: The Secrets of Dumbledore, may have noticed a big change in how Rowling’s name has featured in it.

In the previous Harry Potter films, JK Rowling’s name was always a prominent fixture in the official trailers. In fact, 2016’s Fantastic Beasts and Where To Find and  2018’s The Crimes of Grindelwald trailer flashed Rowling’s name midway through the trailer in big, bold letters. But as highlighted by The Hollywood Reporter, when it comes to the upcoming third film in the series, her credit in the trailer is barely visible, even if you watch it on full-screen mode. Even though she is the film’s producer and co-screenwriter, her name doesn’t crop up through the entirety of the trailer and only her publishing rights have been mentioned at the end in very tiny letters. Here’s how her name appeared in previous trailers:

And here is how JK Rowling is “featured” in the latest Secrets of Dumbledore trailer. Get out your magnifying glass and see where they slot her name in at the end:

To make the very obvious exclusion less visible, the director of the film David Yates, the co-screenwriter Steve Kloves, and other producers along with JK Rowling also didn’t get a mention in the trailer. It seems like Rowling is also keeping her distance from Fantastic Beasts 3. In the past, she always shared the trailers of the films in the franchise on Twitter after their release but she hasn’t tweeted the upcoming film’s trailer. Though it has been quietly added to the author’s official website, the lack of involvement from Rowling and the minuscule size of her credits in the trailer seems to be hinting that it’s unlikely that she will be involved in promoting the film prior to its release either.

Since the latter half of 2019, JK Rowling has been been the subject of public ire, including ardent fans of the Harry Potter franchise, because of her controversial opinions on transgender people that have often been perceived as transphobic. And because she continues to defend her stance on the topic, Warner Bros. seems to have taken the decision to not highlight the fact that Rowling is the creator of the franchise so as to stop upcoming projects from becoming a target of cancel culture.

The retrospective will even feature Chris Columbus, the director of the first two films Harry Potter films and the producer of the third but JK Rowling will only be present via archival footage. It is now obvious that the production house is actively practicing “social distancing” against Rowling to protect the franchise as she continues to be a subject of severe backlash. 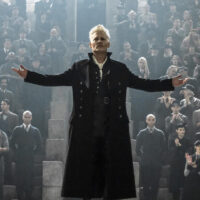 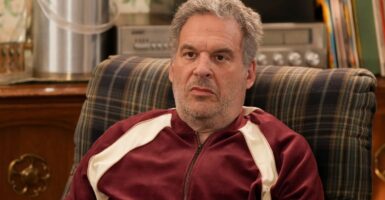 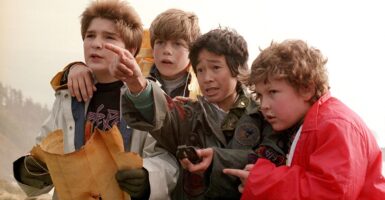