The first Jiu Jitsu trailer has dropped, and it’s just your normal “Nicolas Cage teaching trained warriors how to fight against aliens” film. Nothing special. Run of the mill, really.

Jiu Jitsu is a tale as old as time. An ancient group of Jiu Jitsu fighters fight against a group of alien invaders every six years over the fate of Earth. The fighters of Earth have won for thousand of years, but when war hero Jake Barnes (Alain Moussi) loses to the alien leader, Brax, humanity’s future becomes uncertain. After his defeat and now suffering from amnesia, Jake is saved by Wylie (a completely normal Nicolas Cage), and his group of Jiu Jitsu fighters. Together, they’ll try to get Jake back and ready to fight against Brax to save Earth from the alien invaders.

The Jiu Jitsu trailer has everything one would expect from a movie with a description like this: plenty of kicking, flipping, fighting, and Nicolas Cage saying lines “There’s no honor in killing crazy.” The trailer almost feels similar to 1995’s Mortal Kombat, although with more insanity.

Jiu Jitsu is just the first of many films that Nicolas Cage still has planned for release this year. November 25, 2020 will see the release of The Croods: A New Age, five days after the release of Jiu Jitsu. Already in post-production, Cage also has Pig, about a truffle hunter who wants his pig back, co-starring Hereditary’s Alex Wolff, the English-language debut of Japanese director Sion Sono with Prisoners of the Ghostland, and Wally’s Wonderland, in which Cage plays a janitor at an amusement park that comes to life. All completely normal projects, making 2020 another year of boring, generic titles from Nicolas Cage.

But if this year doesn’t sate your desire for Cage projects, 2021 will feature The Unbearable Weight of Massive Talent, where Cage plays himself. In the film, Cage plays opposite Pedro Pascal’s Javi, a Cage superfan, who offers Cage $1 million to recreate some of his most iconic characters, while Cage also tries to save his wife and daughter from the insane Javi. Also, in a part he was born to play, Cage will play Joe Exotic in an upcoming miniseries based on the Tiger King star.

After watching the Jiu Jitsu trailer one wonders if Nicolas Cage will ever make another film that stands out in any way. A film that at least stands out. Fighting aliens with martial arts? Big deal. Who cares. If you have any interest in this bland type of storytelling, Jiu Jitsu comes to video-on-demand services on November 20. 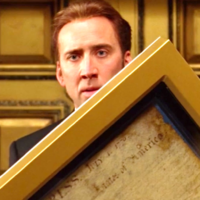 National Treasure 3: Disney Delayed It Because It Didn’t Fit On Their Cruise Ships 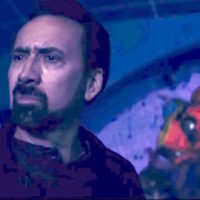 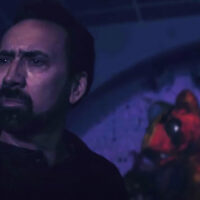