Jeffrey Dean Morgan has cemented his place in pop culture history thanks to some iconic roles in Supernatural, Grey’s Anatomy, and Watchmen. His ability to play a wide range of characters is a testament to his acting talents. So it came as no surprise when he was cast as Negan – The Walking Dead’s biggest comic book villain.

Over the years, Jeffrey Dean Morgan has played the character to perfection, giving a multifaceted performance as Negan. He received critical acclaim for his performance on the show and earned various awards for his efforts. But Morgan wasn’t the only choice for the part. Had he not signed for the series, the role could’ve gone to Matthew Lillard of Scream and Scooby-Doo fame.

Lillard made the revelation in 2019, during a Scream panel at Walker Stalker Con in Atlanta (via Fan Fest). In a candid Q&A session, he asked the crowd if they knew he was cast as Negan for less than five minutes. Most people were totally unaware of this bit of Walking Dead trivia so the Scooby-Doo star went on to explain how it went down before Jeffery Dean Morgan made the character his own.

The actor said his agent called with news of a Walking Dead audition. It was for a big part so he was excited even though he didn’t watch the show. “So I went in to audition and they loved it. They were like wow they really loved it you’re in the running for this part,” Lillard told the audience. “I’m like oh that’s great. It usually means it’s going to somebody else.” Jeffery Dean Morgan was eventually offered the role, and he immediately accepted.

As a huge fan of The Walking Dead comic book series, Jeffrey Dean Morgan has loved every minute of playing the baseball bat-wielding character. Now that the show is ending, he even talked about the future of the character in a recent interview. During an appearance on The Rich Eisen Show Morgan said he doesn’t know how The Walking Dead will end but knows the kind of ending he wants for Negan.

The actor says he wants him to walk off into the sunset or go down swinging. “Who I’m swinging on I don’t think even matters,” Jeffrey Dean Morgan said. “But I wouldn’t be opposed to Negan just crashing the party and ending strong and just taking out everybody.”

When asked if he has any creative say in how Negan’s story ends on The Walking Dead, Jeffrey Dean Morgan said, “I would love to. And obviously, we’ve deviated enough from the comics, although in the comics Negan does survive.” He doesn’t know how the last few episodes will play out, but Morgan thinks fans will enjoy the finale.

Interestingly, the possibility of a Negan-focused spin-off starring Jeffrey Dean Morag is a very real possibility. In 2020, AMC aired the ten-episode spin-off series The Walking Dead: World Beyond. The series expanded the universe of The Walking Dead, delving into new mythology and story that focused on the first generation raised in a surviving civilization of the post-apocalyptic world. So there’s no reason why the same can’t be done for such an iconic character. 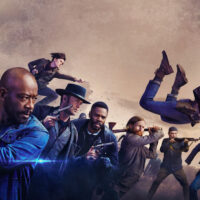 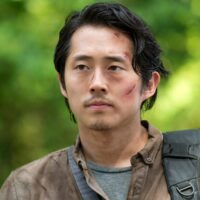 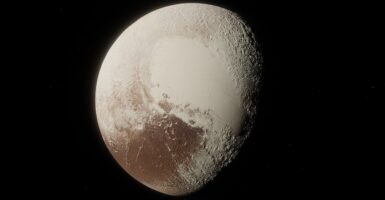 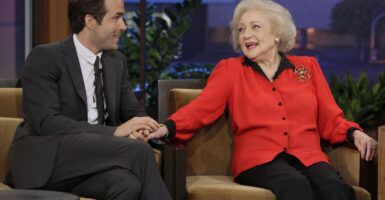