With The Suicide Squad, James Gunn has directed the most critically praised DC Extended Universe film in years. Now it looks like rather than turning his attention to a less criminal element of the narrative like the Justice League or the Wonder Twins, Gunn may be going right back to DC’s rogues for his next DC Extended Universe project. But instead of a bunch of bad guys storming the beaches of Corto Maltese, he may be turning north to Gotham City.

Yesterday, The Hollywood Reporter ran a column written by Richard Newby speculating that the natural fit for James Gunn’s next DC Extended Universefilm project is the long-dormant Gotham City Sirens. David Ayer was originally attached to direct the film and as late as 2017 — in response to rumors that the project was dead — Ayer insisted to Collider that it was still very much alive. After 2020 Birds of Prey, as THR points out, there was talk of that film’s director, Cathy Yan, taking over the project, but it’s more or less remained in development limbo.

THR isn’t alone in speculating James Gunn should pick up the project’s reins. Shortly before the release of The Suicide Squad, fans on social media were casting their votes for future Gunn-directed DC Extended Universe films, with Gotham City Sirens proving to be a popular choice.

First helmed by the writer/artist team of Paul Dini and Guillem March, Gotham City Sirens #1 hit stands in 2009 with three characters Batman has known as both enemies and allies — Catwoman, Harley Quinn, and Poison Ivy. The trio becomes a team shortly after Ivy helps with a supervillain wanna-be named Bonebreaker and invites the burglar back to the new apartment she shares with Harley. It turns out the new digs are actually the property of the Riddler, who Ivy keeps catatonic with her mind control powers.

As THR points out, a Gotham City Sirens film would give DC fans a chance to see something they’ve been waiting see for years — a screen romance between Harley Quinn and Poison Ivy. The pair have been romantic partners in the comics, and Season 2 of HBO Max’s Harley Quinn animated series saw the pair become a couple. Still, we don’t have a live-action adaptation of the match, and with what THR calls James Gunn’s skill at “telling unexpected love stories,” he might just be the perfect director to tackle it.

If James Gunn puts Gotham City Sirens on the schedule as his next DC film project, the perfect casting for Poison Ivy may already have been found. In response to Megan Fox (Transformers) going public about wanting to play a superhero, two fan reactions reigned supreme on social media — those suggesting Fox should play Poison Ivy, and those falling absolutely in love with the idea of Fox playing Poison Ivy.

THR also suggested that James Gunn might be able to get Ben Affleck to reprise his role as Batman — and perhaps even as the villain Hush — in Gotham City Sirens, and considering everything it does seem like a possibility. Not only is Affleck already reportedly been lured back to role for the upcoming The Flash, but we should remember that Gunn is the guy who got Idris Elba — the guy who told The Telegraph (via Screen Crush) that working on Thor: The Dark World was “torture” — to not only return to superhero movies with The Suicide Squad, but to be one of the leads. 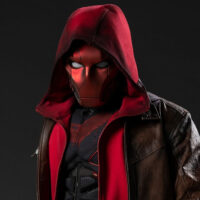 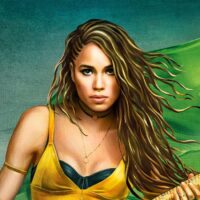