The latest movie in actor Idris Elba’s long and storied list of popular projects is a definitive hit on Netflix, per Nielsen ratings data. The film in question is the Western The Harder They Fall. In addition to featuring an all-star, all-Black cast, the movie was a streaming exclusive that managed to clock in some record-breaking viewership for Netflix.

Deadline reports that the movie, which sees Idris Elba in his best villain role since The Fast and the Furious Presents: Hobbs and Shaw, raked in close to 1.2 billion minutes of streaming views. The outlet also notes that it that ratings announced thus far only factor in people who streamed the show to a TV. Mobile viewership, which makes up a larger and larger portion of Netflix’s viewing audience every day, will come out as a separate Nielsen report.

The Idris Elba-led film unseated the smash-hit series You which was bumped to second place in the data tallying from Nov. 1st through Nov. 7th. It outperformed fellow newcomers such as Zack Snyder’s Army of the Dead prequel, Army of Thieves. It also topped the Nina Dobrev romantic comedy Love Hard, which also debuted as a Netflix original.

The film sees Idris Elba star as the main antagonist. He’s a ruthless outlaw who escapes custody and goes back to a town in the west to rule it with an iron fist. However, a band of unlikely heroes led by a man whose family he killed in the past aren’t too keen to see him a living, breathing man — let alone a free one.

Idris Elba stars alongside Regina King, Jonathan Majors, LaKeith Stanfield, Delroy Lindo and Zazie Beetz. The decision by co-writer, director and the man in charge of the film’s musical score, Jeymes Samuel, to make a Western movie with an all-Black cast was a labor of love. Speaking to The New York Times, he noted that Black cowboys did in fact exist, but they’ve largely been scrubbed from the history books as a result of Hollywood taking over the movie genre and putting all-white casts in place for decades. However, while the story of The Harder They Fall is fictional, Time notes that many of the characters are based on real-life, Black cowboys who helped shape the American West.

Nat Love, Bass Reeves, Cherokee Bill and even Idris Elba’s Rufus Buck were all living, breathing cowboys who weren’t afraid to live a lawless life in a country where the law would have dictated their segregation or execution simply based on the color of their skin. Not only does The Harder They Fall allow stars like Idris Elba to reclaim Black Americans’ place in the history books, but it allows them to take a small portion of a genre they’ve been kept out of for so long. Speaking to TheWrap in a roundtable discussion with Idris Elba, Jeymes Samuels and more, Jonathan Majors — who previously tackled elements of America’s reckoning with race in the HBO series Lovecraft Country — noted how much it meant to him as a Black man to be part of a Western. “It’s an all-Black cast in a genre where we have completely been kept out. But also we did it in the middle of a pandemic,” Majors said to his co-star, Idris Elba. “We worked really, really hard to get it here.” 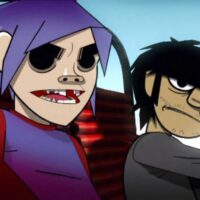