By Jose Hernandez | 10 seconds ago

The saying, life imitates art, is often thrown around. Whether it’s the events of a movie unfolding in real life, or a painting accidentally being re-created, it does happen. However, one could have never imagined that life would imitate art so perfectly. That’s exactly what happened during a segment on Fox News when two people discussed a Netflix show. A Fox News host and her guest had a miscommunication when talking about the TV show, You. According to Screen Rant, the host was Laura Ingraham and her guest was Raymond Arroyo. Arroyo brings up the show, and what follows is a hilarious mix-up as wires get crossed.

See the segment play out in the video below.

The two were talking about TV shows having woke storylines, and Arroyo brought up the Netflix show as an example. Immediately, confusion arises when Arroyo brings up the name of the show, You. Ingraham assumes Arroyo is talking about her when he says the title of the show. The two speakers then spend almost a minute trying to understand each other before deciding to move on.

The Netflix show, You, stars Penn Badgley as the character Joe Goldberg. Although he might seem like an ordinary man, Joe is secretly a murderer. Just last month, the show’s third season was released on the streaming platform.

As far as what happened on air, audiences aren’t sure if the two were really confused about the Netflix show. There is a debate on whether the Fox News segment was genuine or if the two speakers were having fun. Some viewers seem to think it was a comedic bit they were doing. One person who seems to think so is none other than Penn Badgley himself.

Badgley is firmly in the belief that they aren’t being serious, and are just doing a bit. The Netflix star also made sure to give Arroyo props for his delivery. The correspondent replied to Badgley with a tweet of his own.

Whether the conversation about the Netflix show was a bit or not remains to be seen, but people found it funny regardless. It also started getting compared to movie scenes. The communication mishap is a classic comedic trope and has been done countless times in film and TV shows. However, this particular Fox News segment is very similar to specific scenes.

The first scene that social media audiences compared the Netflix segment to was with a scene from the movie, Rush Hour 3. In the scene, Chris Tucker’s character, Detective James Carter, gets in a similar mix-up regarding the word you. He is trying to interrogate someone whose name is pronounced exactly the same way as the word you. The two have a fun exchange as they try to figure out what each other is talking about. Things get even more confusing when another character joins the fray because his name sounds exactly like the word me.

Another movie scene that the Fox News segment is being compared to is the iconic Dude, Where’s My Car? scene. Ashton Kutcher and Seann William Scott star in the movie as two friends who can’t remember the night before due to partying too hard. Eventually, they discover that they got tattoos; one is of the word “sweet” and the other “dude”. Then, comes a hilarious scene where they attempt to describe their tattoos to each other.

Was the confusion about the Netflix show title a bit? Were they genuinely confused? The moment was so easily comparable to so many movies that it’s hard to say. One thing is for sure: social media sure found it funny. 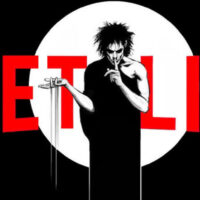 See Game of Thrones Actress As Lucifer In The Sandman 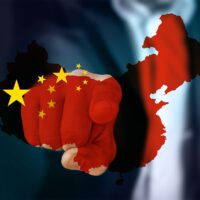 Netflix Removes Episodes After Complaint About A Chinese Map