A slice of perfection.

For a lot of great Hollywood actors, the emotion and reveal is all in the face and that’s exactly what Hugh Jackman wanted to drive home today for those waiting for news surrounding the upcoming MCU flick, Deadpool 3. The actor took to social media to troll fans after a previous post sent them over the edge with conspiracy theories on whether the actor would return to reprise his X-Men character, Wolverine. In the photo in question, Jackman is seen rocking an Adventure Time t-shirt while he tosses a gaze at the camera. Poking fun at his followers and jokingly hoping to get the mill churning again, the actor captioned his post writing, “Let’s see what rumor the look on my face starts today…” You can see the post below.

Talk of Hugh Jackman’s possible appearance in Deadpool 3 began just last week when the actor shared a photo of himself with a surprised look on his face to his socials. In the image, Jackman is wearing a blue polo shirt and is reading something on his phone. Whatever that something may be, it’s shocking to the The Greatest Showman actor, something that’s made apparent by the look on his face. This time the actor captioned his post with a blushing emoji, echoing his awe-filled sentiments.

What exactly Hugh Jackman meant by his post and what he was looking at is up for debate, but those waiting for more news about Deadpool 3 seem hell bent on dreaming that he’ll soon announce his return as Wolverine. And not only are they dreaming, but so is the franchise’s star, Ryan Reynolds. Although the two are embroiled in a classic fake and funny Hollywood feud, Reynolds has said that he would absolutely love Jackman to get completely shredded for the role of Wolverine all over again and noted that it would be “a dream come true.” But, things won’t be so easy as Jackman hasn’t appeared in the role of the X-Men hero in five years, when he closed out the character’s story in Logan. Since then he’s stated time and time again that he has no plans of returning to the character, but fans are still hoping that he’ll make an exception for the next Deadpool installment.

As of late, Hugh Jackman has been performing in possibly the most opposite of Deadpool 3 that one can get, Broadway’s The Music Man. The production sees the actor starring opposite Sutton Foster in the revival of the 1957 musical by Meredith Wilson. The show tells the story of Harold Hill (Jackman), a flim flam man who travels town to town in hopes of conning folks out of their money. His newest stop is in a small midwestern town where he pretends to be a marching band organizer and piques the community’s interest in purchasing uniforms and instruments for their very own ensemble. While everyone else believes him, librarian and piano teacher Marian (Foster) sees him for who he truly is. A romance soon buds that threatens to expose Harold and his con artist ways.

At the end of the day, the rumor mill will continue to produce beliefs surrounding Hugh Jackman’s participation in Deadpool 3. And, knowing how he rolls, it’s probable that Jackman will keep the social media jabs coming, teasing fans until the new movie is released. 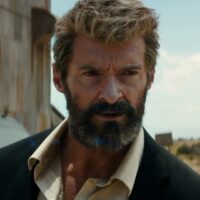