See Two Of The Worst Harry Potter Villains Back Together Again

Check out two of the Harry Potter franchise's biggest villains meeting up all these laters for a little hangout time.

There isn’t a lot to like about the Malfoy family in the beloved Harry Potter series. Known for their loyalty to Lord Voldemort, Draco and his father Lucius were the antitheses of the Boy Who Lived. But away from Hogwarts, the bond between the on-screen father and son continued in the best way, as seen on social media. Tom Felton and his “dad” Jason Isaacs recently shared photos of an impromptu family reunion when the latter went to see one of Felton’s final performances in 2:22 A Ghost Story on London’s West End.

To commemorate the Harry Potter reunion, Felton took to Instagram to share an all-smiles photo of himself with Isaacs. “My father heard about this play I was in @222aghoststory,” he wrote in the caption. His carefully chosen words are a reference to Draco Malfoy’s infamous, “My father will hear about this” line from the movies. The character often used the phrase to intimidate his classmates and leverage his father’s influence.

Adding to Felton’s post, Isaacs also took to the photo-sharing site to express how proud he was of his now-24-year-old onscreen son. “So proud and, along with the audience, thrilled to see my boy commanding the stage today, breaking hearts and filling pants,” the Harry Potter alum wrote. Along with praise for Felton’s performance, the 59-year-old also mentioned that his on-screen son was working on a book and some upcoming music.

Fittingly titled, Beyond the Wand: The Magic and Mayhem of Growing Up a Wizard, Tom Felton’s book delves into his experience growing up as part of the wizarding world while also trying to navigate the muggle world. Speaking with candor and his signature humor, the 34-year-old also tells stories from his early days in the business like his first acting gig where he was mistaken for Macaulay Culkin. He also talks about his Harry Potter audition where, in a very Draco-like move, he lied about how well he knew the books the series was based on. The book is set to hit shelves on October 13th.

Additionally, the Harry Potter alum occasionally uploads music on his YouTube channel, with the track, “hOLDing On,” debuting in April 2021. The actor’s first music video, “Feltbeats – Silhouettes in Sunsets” was published 14 years ago. Felton made his West End theatre debut earlier this year in Danny Robins’ 2:22 A Ghost Story. The story follows Sam (Felton) and Jenny (Mandip Gill) who believe their new house is haunted. To make matters worse, Jenny hears mysterious noises at exactly 2:22 am. But Sam isn’t entirely convinced due to his skepticism of the supernatural. Beatriz Romilly and Sam Swainsbury also star.

Interestingly, the Malfoy reunion wasn’t the first time Felton reunited with a former Harry Potter co-star. In support of his play, Matthew Lewis (who portrayed Neville Longbottom in the films) attended 2:22 A Ghost Story in June. Felton captioned that moment on Instagram too, saying “When your old schoolmate comes to see your play and some bellend insists on taking a picture.”

The Creepiest Part Of Harry Potter Was Improvised 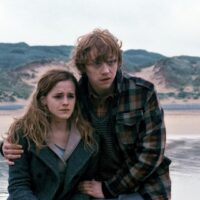 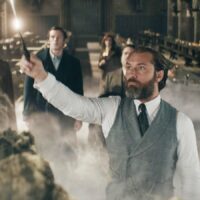