The upcoming Grease prequel just got some impressive behind-the-scenes talent to help capture the musical and spectacle that made the original play such an enduring hit.

It was previously announced that Paramount+ was moving ahead with a Grease prequel series, and now Deadline reports some big names have just been brought on to help with the music and choreography on the 10-episode venture.

Justin Tranter, the Grammy-nominated songwriter and producer behind hits like Dua Lipa’s Future Nostalgia, Lady Gaga’s Chromatica and The Chicks’ Gaslighter will pen original songs for the show. Meanwhile, Jamal Sims, whose work will appear in When the Beat Drops, 13 The Musical and RuPaul’s Drag Race, will choreograph big dance numbers set to Tranter’s work. Finally, Aletha Jones will direct the first episode of the series, which is actually titled Grease: Rise of the Pink Ladies.

If that name rings a bell, it’s because it was the name given to the sort of girl gang in the first movie made up of Rizzo, Jan, Marty and Frenchy. They’re essentially the female counterparts and sometimes date the T-Birds. However, Variety previously reported that those hoping to see the T-Birds origin story in the Grease prequel series will be disappointed as this one is all about the pink ladies. Set four years before the events of the original play that saw Danny and Sandy fall in love, Grease: Rise of the Pink ladies will be more about four fed-up, outcast girls at Rydell High who send the community into a moral tailspin when they decide to reject cultural norms and have fun on their own terms.

The 10-episode Grease prequel series will be written and executive produced by creator and Atypical and Transparent alum Annabel Oakes. Marty Bowen and Erik Feig will also executive produce for Temple Hill and Picturestart, respectively. They are all also working on a different Grease prequel movie titled Summer Lovin, but it’s unclear if that will be canonically related to the Grease: Rise of the Pink Ladies cast.

Variety noted in a separate report that Paramount is hard at work on expanding the intellectual property with Grease prequels comes after it bought the rights to the franchise from HBO Max, which was originally working on the Grease prequel series under the title Rydell High. However, in its original iteration, it was going to be more of a High School Musical clone set in the 1950s, not the subversive, female-centric, counter-culture series that seems to be taking shape on the Paramount+ streaming platform.

The story of the Grease prequel’s move from HBO Max to Paramount+ is not altogether dissimilar from the original play and its origins in Chicago. According to The Chicago Tribune, the show, which originated in 1971 in a small theater, began as a play that was very much about growing up in the city. It was also a lot raunchier, focusing on plots of sexuality and other counter-culture issues of the time — it also had its fair share of vulgar language as well. However, once it made the jump to off-Broadway and eventually the Great White Way, the show was rewritten and sanitized, removing the vulgar language and references to Chicago in favor of more songs. 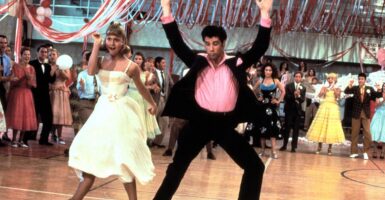 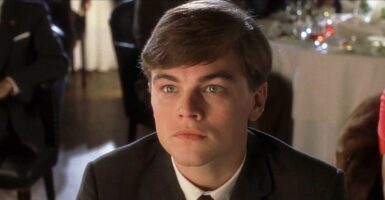 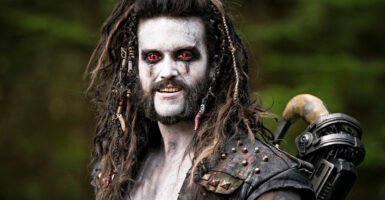