Earlier this month, Gina Carano was fired from The Mandalorian for controversial posts on her social media accounts. Two days later, Carano announced that her next project would be a film for the conservative website The Daily Wire. Now, if a new rumor is to be believed, it sounds as though Carano tried to work with Warner Bros. after her Mandalorian firing, and the studio turned her down.

This comes from gossip writer Daniel Richtman, who posted the rumor on his Patreon page. Richtman says that after Carano was fired on February 10th, the actress discussed a project with Warner Bros., but the studio had no interest in working with Carano. It’s unclear what role Carano was trying to make happen at Warner Bros., or if this attempt was made prior to her decision to work with The Daily Wire.

After her appearance in Steven Soderbergh’s Haywire in 2011, Gina Carano was an action star with a lot of potential. The former MMA fighter followed Haywire up with a role in 2013’s Fast & Furious 6, and an appearance in 2016’s Deadpool. Yet most of Carano’s roles have been in direct-to-video releases. Her last two films to reach theaters were 2019’s Madness in the Method, which was the directorial debut of Jay and Silent Bob Strike Back star Jason Mewes, and Daughter of the Wolf. Prior to her appearance as Cara Dune in The Mandalorian, Carano wasn’t exactly a sought-after star.

But it seemed like Gina Carano’s appearance on The Mandalorian was going to change that. There were rumors that Disney was planning on announcing Carano’s own spinoff series that would focus on her Cara Dune character, but ultimately decided against it due to the actresses’ social media posts that were causing an uproar. It was also rumored that Carano would be the connective tissue between many of The Mandalorian’s various spinoffs, so before Carano was fired, it seemed like her future within the Star Wars universe was pretty bright.

Yet without Gina Carano no longer a part of Star Wars, it seems like the brand will be just fine without her. In addition to The Mandalorian, Disney+ will soon have other Mandalorian spinoffs, including The Book of Boba Fett, Ahsoka, and Rangers of the New Republic. Many speculated that Cara Dune would possibly be the lead of Rangers of the New Republic, although the project has been relatively secretive since it was first announced. Beyond these, Star Wars also has Obi-Wan Kenobi, Andor, Lando, The Acolyte, and a handful of animated series on the way.

Although it’s unclear what Warner Bros. project Gina Carano thought she would be good for, it’s interesting to think about. Maybe she wanted to be a part of a Mortal Kombat sequel, or she’d want to take the Looney Tunes characters to the mat in a Space Jam 3? Could Gina Carano want to appear in the DC Universe in some way? Maybe she could join the Suicide Squad, considering she knows quite a bit about committing career suicide? But for those who are still fans of Gina Carano, you still have her Daily Wire film to look forward to in the future. 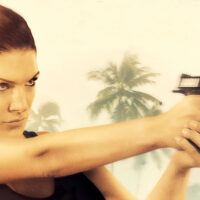 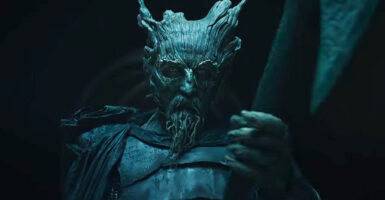