There are not enough Sci-Fi comedies in this world. Still, one of the best has to be 1999’s Galaxy Quest. This movie is unparalleled in just how funny it is and how far it was willing to go. People long expected a sequel to happen, and Tim Allen still swears there is a finished script out there. If you’re new to this 20-year-old movie, you’re in for a real treat as you can now watch Galaxy Quest free on YouTube Movies.

The story follows a group of failing television stars. They’ve been acting on a science-fiction television series that looks a lot like Star Trek. The fake television series is naturally called Galaxy Quest. The series stars Tim Allen, Sigourney Weaver, Alan Rickman, Daryl Mitchell, and Sam Rockwell. Tim Allen is the captain on the show, complete with the catchphrase, “Never give up. Never surrender.” At the beginning of the movie, we see Tim Allen down on his luck, rewatching his own show, and turning off the set when he hears his character say those words. Clearly, he’s at a point where is considering giving up. He has reached a point where he wonders if he has a Hollywood has been.

Unbeknownst to him, deep in outer space, some folks are having some troubles. Their people have been annihilated. Now, they’re searching the entire universe for someone to lead them. As they are surfing transmissions, they get a signal for the show. These folks were streaming Galaxy Quest free from the outer reaches of space. The aliens watch Tim Allen saying, “Never give up. Never surrender,” and they are moved. They have found their leader.

So now, the story is somewhat of an alien abduction. Or perhaps it’s a story about Hollywood stars being stalked and kidnapped, depending on how you look at it. The aliens come to Earth, find the entire crew from the show, and bring them on board an actual spaceship. Instead of telling the aliens, “Hey, no, we’re actors,” they find themselves in a situation where they feel they have to play along. So not only are the actors attempting to pretend they are the characters from their show, but they’re also responsible for freeing the aliens from the oppressive regime that has caused so much destruction. That could sound like a tense thriller sci-fi movie, but this is definitely a comedy. Before you check out Galaxy Quest free on YouTube and commit to the hour and forty minutes you’ll need to watch the whole movie, check out the trailer below.

The movie originally earned $90 million at the worldwide box office on a budget of $45 million. That’s not bad, but a lot of people believe it should have been better. Today, you can watch Galaxy Quest free online. Over the years of streaming, this movie has picked up a cult following. But why didn’t it do better at the time of release? On its opening weekend, this movie was only the seventh ranking movie. Take a look at the stellar cast list again, especially with known names at the time like Tim Allen and Sigourney Weaver. On its second weekend out, the movie actually did better as word-of-mouth spread. What we’re seeing here was that Dreamworks didn’t really believe in their science-fiction comedy and didn’t put the marketing budget behind it that they really should have. This could have been a bigger box office hit than it was.

In the years since, there was a comic series. There are still rumors we’ll be seeing a television series. Most notably, Tim Allen has sworn there’s a completed script for a sequel and that it’s really good. He never stops talking about this, even after Alan Rickman’s passing in 2016. He recently spoke to Entertainment Weekly in January 2021, gushing about how fabulous the script is. If you watch Galaxy Quest free on YouTube, you’re going to wish for a sequel. The trouble is that the sequel very much focused on Alan Rickman’s character. Tim Allen says that’s tragic, but now that some time has passed, a reboot with new actors would still be possible. With how often reboots happen today, and the fanbase continuing to grow, hopes for a Galaxy Quest 2 hold steady. Hopefully, we’ll get to see that fabulous script someday. 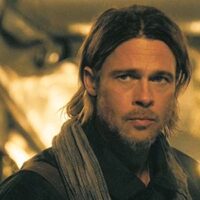 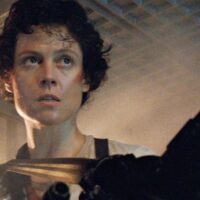