Fantastic Four has been confirmed to be in development over at Marvel Studios. The movie was announced during the Disney Investor Day presentation and it has fans extremely excited. Ever since Marvel’s First Family was brought back into the fold due to the acquisition of 20th Century Fox, there has been nonstop anticipation regarding their inclusion into the Marvel Cinematic Universe. But, that is not all we learned about this new feature film.

Disney also announced that Jon Watts, the director of the Marvel Cinematic Universe Spider-Man films, will be helming this Fantastic Four movie. This is pretty huge news for a number of reasons. With the exception of the Russo brothers, this will mark the first time a Marvel Cinematic Universe director has directed a different superhero’s franchise. Also, does this mean that Watts is done with the Spider-Man series after the upcoming Spider-Man 3? Marvel made no announcements about any more Spider-Man movies. Could they be coming to an end?

Another bit of curiosity that this Fantastic Four news creates has to do with the other major acquisition that Disney made when they merged with 20th Century Fox: the X-Men. In none of the announcements did they ever indicate how they plan to integrate the mutant superheroes into their future plans for the Marvel Cinematic Universe. This could have to do with the fact that the X-Men series of films is still prominent in the pop culture’s collective memory. That is not the case with the Fantastic Four as a collective. They have only had three feature films and none of them seem to have stuck around in peoples’ minds. Perhaps we will be waiting even longer to see mutants in the Marvel Cinematic Universe.

Of course, we did not get any kind of release date for Fantastic Four. As of now, the only substantive news from this announcement is that Marvel Studios is going to make a feature film centered on the superhero family. Still, this is very rewarding for fans who have been hoping to see a definitive version of the group on the big screen. Marvel’s First Family earned that very moniker by being one of the foundational parts of the entire Marvel Comics empire back when it was founded. The fact that they will now be able to make up a crucial corner of the Marvel Cinematic Universe is a breath of fresh air to Marvel fans.

It certainly looks like the Fantastic Four will have plenty of opportunities to connect to the ever-expanding Marvel Cinematic Universe’s plethora of characters and worlds. It will be intriguing to see exactly how this feature film handles their origins and if they will even originate from the prime Marvel universe. With Reed Richards being such a sucker for scientific experimentation and the multiverse becoming a big player in the future of the Marvel Cinematic Universe, there are a lot of ways to bring Marvel’s First Family into the fold. We are probably a long way away from Fantastic Four, but it is still reassuring to know that it is coming down the pipe. 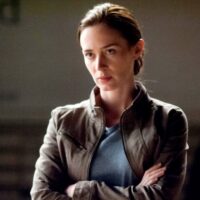 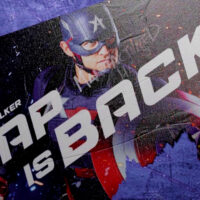