Emilia Clarke is gearing up to appear on stage in Anton Chekhov’s play The Seagull. Although Clarke is quite the superstar at this point, making her name in the massive HBO hit Game of Thrones, she’s actually “petrified” of her upcoming stage appearance. In an interview with BBC, Clarke revealed her excitement and nervousness about the play while also revealing her biggest failure. According to Clarke, it was when she appeared on stage back in 2013 as Holly Golightly in Breakfast at Tiffany’s.

In the interview, she called the role a “catastrophic failure” saying “It was just not ready. Was I ready? No, I was definitely not ready. I was a baby. I was so young and so inexperienced.” Critics at the time were also very harsh about her performance. Fortunately, Emilia Clarke doesn’t hold any regrets about the experience, but it does seem like she’s eager to have another try at a stage performance. When she appeared in Breakfast at Tiffany’s she had only been on Game of Thrones for a couple of seasons. Game of Thrones was essentially Clarke’s first real acting job, as she was fresh out of drama school when she began her time as the Mother of Dragons Daenerys Targaryen.

When Emilia Clarke talks about her biggest failure, some people might have assumed she would reference the final abysmal season of Game of Thrones. Infamously, the creators of Game of Thrones David Benioff and D.B. Weiss gave fans a shortened final season of what was once a beloved show, ruining the arcs of several characters with no build-up and delivering a wholly unsatisfying ending that has gone down in history as one of the worst endings to a super popular show. Clarke’s character, Daenerys Targaryen, was especially affected by this. Fans saw her character go from benevolent to insane in about two episodes after seven previous seasons of buildup. It does make sense that Emilia Clarke doesn’t consider this a personal failure. After all, she’s not the one writing the scripts. She simply gave the best performance she could with the material she was given.

For what it’s worth, Emilia Clarke gave fans some further confirmation of an upcoming Game of Thrones spin-off during her interview, mentioning that Kit Harington had told her about a Jon Snow-centered show and that it would definitely be happening. This would be the second spin-off of the G.R.R. Martin-based series, following the upcoming House of the Dragon.

For Emilia Clarke, her appearance in The Seagull isn’t her only upcoming project. She’ll be adding another major franchise to her belt soon, joining the MCU with Secret Invasion. Secret Invasion will follow Samuel L. Jackson’s Nick Fury as he tries to stop the Skrulls that have infiltrated the Marvel Universe. Ben Mendelsohn will also return as Talos, reprising his role in Captain Marvel. Secret Invasion will also star Colbie Smulders, Olivia Colman, Christopher McDonald, Carmen Ejogo, Kingsley Ben-Adir, and Killian Scott. If you want to catch Emilia Clarke in her upcoming play, it’s premiering at the Harold Pinter Theatre in London from 29 June until 10 September 2022. You should be able to see her next TV performance in 2022 with Secret Invasion, which is currently in post-production. 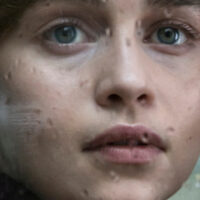 The Duffer Brothers Hilariously Respond To Deaths In Stranger Things 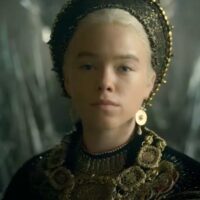