Almost 20 years have passed since Dwayne Johnson, in his first starring role, portrayed Mathayus, better known as the Scorpion King, in the 2002 action-adventure flick. It served as a precursor to both The Mummy and The Mummy Returns. Creating a possible reboot for the nearly two-decade-old film has been on the table for a while, but Movieweb just reported that the first draft of the script for the remake of the film has finally reached completion.

Collider, who recently sat down to interview the upcoming reboot’s producer Hiram Garcia, was able to get confirmation that the very first draft for the new movie was indeed handed in. While fans might be hoping for Dwayne Johnson to reprise his role as the Scorpion King, Garcia did suggest that this would likely not be the case. However, Garcia did touch upon numerous other projects that he and Dwayne Johnson are scheduled to be working on in the foreseeable future, including Jumanji 3 and their Disney+ series entitled Young Rock. The pair also just wrapped up production on the much-anticipated Black Adam movie.

Currently, there is no information in regards to the plot of the Scorpion King reboot nor what changes, if any, will be made to Dwayne Johnson’s character. The original Scorpion King was set 5,000-years before the first Mummy movie and detailed Mathayus’ claim to heroism. The original plot is very reminiscent of Arnold Schwarzenegger’s 1982 film, Conan the Barbarian.

Even though we know that Hiram Garcia’s Seven Bucks production company will be producing the film and that Dwayne Johnson is unlikely to star in the new iteration of it, Comic Book did quote “The Rock” crediting his role as the Scorpion King as the catalyst that catapulted his career forward. The publication also alluded to the fact that while fans won’t get to see Dwayne Johnson in the new reboot, that did not rule him out of him making an appearance in subsequent movies within The Mummy universe. Still, nothing has been officially confirmed, and any information beyond who will produce and the existence of the script is complete speculation.

Dwayne Johnson might not be involved in The Scorpion King reboot, but that doesn’t mean he hasn’t been busy. In addition to his newly released Jungle Cruise his upcoming DC Extended Universe debut as Black Adam, according to IMDB, he also just wrapped up production on the movie Red Notice and is currently filming a second DC project, an animated show entitled DC League of Super-Pets in which he voices Krypto.

Still, if fans of Dwayne Johnson aren’t content to wait patiently for his plateful of upcoming films and television shows to hit both the big and small screens, in the meantime, they can also take a look at an exclusive interview he and Jungle Cruise co-star Emily Blunt did for Wired. He got very candid about why it is an impossibility for him to don a six-pack of abs. 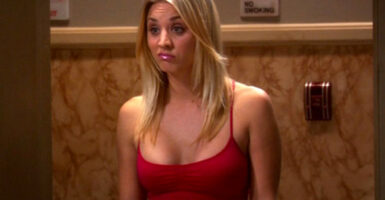 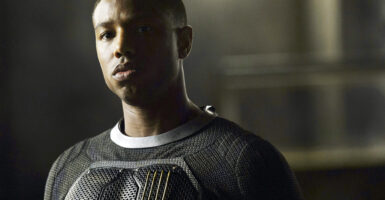 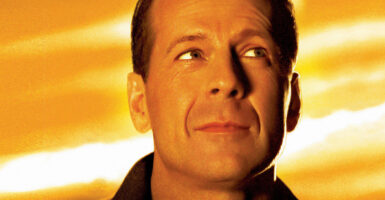