Before he became one of the biggest stars on the planet, able to produce blockbuster, billion-dollar, franchises almost by sheer will, personality, talent, and muscle, Dwayne Johnson was known as The Rock, a former wrestler turned actor just coming on to the Hollywood scene. It’s easy to forget now, but there was a time when Johnson was being considered almost solely for action, muscle-bound roles. Early on in his career though, there were rumors that he was in line to play an iconic animated character. And if this had actually happened at the time then his career may have had a very different arc. Back in the early 2000s, Dwayne Johnson came very close to playing the live-action version of Johnny Bravo.

Go all the way back to the halcyon days of 2002 when a young Dwayne Johnson was just coming on to the moving scene, transitioning out of the wrestling ring as The Rock and working his way into big-budget productions. He had just come off of 2001s The Mummy Returns and was starting to make a name for himself on the big screen. There was still a part of him playing the same in-ring persona, relying on the muscles to do a lot of the “lifting” but he clearly had the chops for expanded roles. It was then that Warner Bros. purchased the feature film rights for Johnny Bravo and reportedly wanted Dwayne Johnson in the role.

It appears the feeling was mutual too. At the time, Variety reported that Dwayne Johnson had mentioned to studio executives that he really liked the character and had an interest in taking part in some Johnny Bravo-related project. This conversation was actually the catalyst for WB going after the rights full rights. They were reverse-engineering the starring spot, finding a property the dude was already interested in and making sure they could get a movie on screen about him.

Johnny Bravo had hit the scene in the mid-90s on the Cartoon Network a muscled-out dimwit, with a big head of blonde hair, an array of upper-body muscles, dark shades, and very little in the way of humility. He envisioned himself a lady’s man, though had little in the way of real-world evidence to actually back that up. Most of his advances towards the opposite sex were met with loathing or just plain old physical violence. This is all to say, it doesn’t end well for the guy and he was often the butt of the joke. The show ran for four seasons in total. Considering what we know about Dwayne Johnson now, it’s actually hard to see this having worked out. Mostly because Johnson is so damn likable on the big screen that it would have been somewhat off-putting to see him play the heel. Could you even see him doing this?

That being said, the reason for the overlap and why Warner Bros could envision putting Dwayne Johnson in the role of Johnny Bravo was that WB owned Cartoon Network as part of the Time Warner consolidation a few years prior. It was a natural fit for all parties involved considering the interest and the rights which led to the 2002 announcement that they were all moving ahead with the Johnny Bravo film.

But nothing ever came of the Johnny Bravo movie starring Dwayne Johnson. As quickly as the announcement was made that Warner Bros. was moving ahead with the film, all further updates were non-existent. It’s unclear what exactly happened here. Dwayne Johnson was working with Universal Pictures at the time for The Mummy franchise as well as The Rundown. And he was also playing a different style of character. There could have been a mutual decision that even with the passing interest, this wasn’t the way to go. Or maybe it was just the blonde wig he would have needed to don to actually get into the part.

For Dwayne Johnson, this may have been for the best. He’s gone on to have one of the more successful box office runs you will see and there is more on the way. He and Warner Bros. have done work as well with the Rock entering the DC Extended Universe next summer when he makes a superhero debut in Black Adam. So no Johnny Bravo, and it’s unlikely to ever happen at this point. 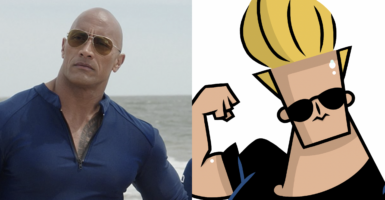 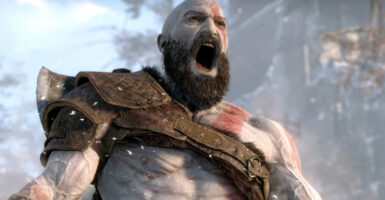