This fall Dwayne Johnson is going to get into the superhero game, donning the requisite tights and storming into the DC Extended Universe as Black Adam. It’s a pretty exciting prospect and the flick is setting up to be a blockbuster of the highest order. Early looks at the film from teaser trailers point to a movie that’s spared no expense while also introducing a whole new set of characters to the DCEU. But some critics have taken note of at least one line from the film, shown in these sneak peeks, which they don’t think makes a whole lot of sense. Dwayne Johnson, for his part, tried to assuage any confusion along these lines, explaining on social media that when we see Black Adam it will all make sense.

Dwayne Johnson was responding to a user on Twitter (and really to fans in general) who questioned an exchange in the trailer that has one person saying, “Heroes don’t kill people,” and Black Adam responding, “Well, I do…” before basically punching the guy to death. It was at this point that someone pointed out the obvious: that Superman, Wonder Woman, Batman, and Aquaman had already killed plenty of people through a number of different DCEU movies. Dwayne Johnson took to social media to try and say that all of this will make sense once the movie actually comes out. Check it out:

While Dwayne Johnson doesn’t go into a deep explanation of where the differences lie here, the line “Ruthless with zero regard” likely points to the idea that Black Adam is many degrees more violent than some of his other DC counterparts. Sure, those other Justice Leaguers have all had to kill other folks in the past, but it was mostly out of necessity, a kill or be killed scenario within the movie. That is likely to not be the case with Black Adam who might just have a hairpin temper when it comes to laying waste to those around him. Heck, even one of the opening scenes that was screened for audiences clearly had him killing a soldier who was exploring the temple where Black Adam had awoken.

The character of Black Adam is a violent one in the comic books and there has already been speculation that this will carry over into the DCEU version of the character. Dwayne Johnson all but confirms that here and we are setting up to get a different kind of look for this particular universe. If anything, it might have been what attracted Dwayne Johnson to the role in the first place. Or at least it helped to be able to sell it that way.

We will find out soon enough with Dwayne Johnson and company releasing Black Adam in theaters on October 21, 2022. In addition to Dwayne Johnson, the movie will introduce the Justice Society of America which includes Pierce Brosnan as Doctor Fate, Noah Centineo as Atom Smasher, Aldis Hodge as Hawkman, and Quintessa Swindell as Cyclone. And, from the looks of things, it will also have a lot of dead bodies. 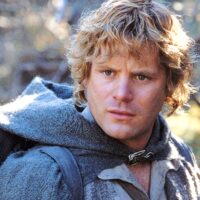