Dwayne Johnson may not have officially decided on his next role once filming on Black Adam draws to a close, but that doesn’t mean he’s not looking for the next big thing. If the latest rumors are anything to go by the former WWE superstar wants to work with Amber Heard next.

News of the team-up comes by way of Hollywood insider Daniel Richtman who claims that Dwayne Johnson and Amber Heard have been in talks “about a project”. Although there’s nothing like the anticipation of a big-budget Hollywood blockbuster starring two of the most popular actors on the planet, nothing has been confirmed just yet.

Once Black Adam wraps, Dwayne Johnson will be taking the lead in DC League of Super-Pets. Written and directed by Jared Stern, the 3D computer-animated superhero comedy will be broadly based on the DC Comics team originally introduced as the Legion of Super-Pets. Sam Levine is set to co-direct the project.

The story will follow Krypto and Ace the Bat-Hound as they team up with other super-pets to form a crime-fighting team of their own. Wonder Woman’s kangaroo Jumpa and Supergirl’s cat Streaky the Supercat also make an appearance.

Meanwhile, Amber Heard is currently recovering from her personal life being put on display due to the recent Johnny Depp lawsuit against British tabloid, The Sun, making this an ideal time for her to team up with Dwayne Johnson for a project. The most recent offering from the actress was a recurring role in CBS All Access’s, The Stand based on the 1978 novel of the same name by Stephen King. She also appeared as Mera in Zack Snyder’s Justice League on HBO Max in March. Before the film’s release, Heard said she was “super excited” about it because she just loves nerd culture.

A possible project with Dwayne Johnson may be on the horizon, but before then, Amber Heard is set to star in Aquaman and The Lost Kingdom, with production expected to begin before the end of the year. James Wan is set to resume directing duties with David Leslie Johnson-McGoldrick returning to pen the script. Wan is also producing alongside Peter Safran. The film will see Jason Momoa reprising his role as Arthur Curry/Aquaman alongside Amber Heard as Mera and Patrick Wilson back as Orm. Other returning cast members include Yahya Abdul-Mateen II as Black Manta as well as Willem Dafoe, Nicole Kidman, and Dolph Lundgren. Aquaman and the Lost Kingdom is scheduled for release on December 16, 2022.

Although the actors’ job cards are currently full, a Dwayne Johnson/Amber Heard collaboration could be interesting. Since they each have a character within the DC Extended Universe, maybe we could see a timeline in which Black Adam and Mera cross paths. Alternately, they could steer away from superhero films and focus on a simple action movie since the genre is part of their collective wheelhouses. 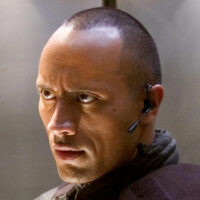