Whose side are you on in the current legal battle over the rights to Marvel characters? Because if you’re on the side of the characters’ creators, we’ve got some good news for you. No, there’s no updates about the case of Disney against artist Larry Lieber and the estates of Stan Lee, Don Heck, Gene Colan, Steve Ditko, and Don Rico. But we can confirm the lawyer representing the creators knows his job, because he just won a similar lawsuit for a character Disney wouldn’t touch in a million years.

Eriq Gardner of The Hollywood Reporter tweeted the update today that Victor Miller — screenwriter of the iconic 1980 slasher film Friday the 13th — has won the copyright termination appeal against the film’s producer and director, Sean Cunningham.

Over at Bloody Disgusting, John Squires elaborates on the situation. The 1976 revision to the U.S. Copyright Act added termination provisions, allowing authors to regain the rights to works whose rights were sold or otherwise transferred to someone else (e.g. a comic book publisher like Marvel or a movie studio like Disney, etc) after a certain amount of time has passed. Under these provisions, a judge granted Friday the 13th screenwriter Victor Miller sole ownership of the screenplay in 2018. Cunningham’s lawyers filed an appeal to the decision, arguing that the screenplay was written in a work-for-hire situation, and so Miller never had rights to the screenplay in the first place.

Miller was represented by Marc Toberoff, the same lawyer fighting to get the rights back for the various superheroes back from from Marvel. So it was Toberoff who got the news along with Miller that Cunningham’s appeal had been slapped down and the 2018 decision was upheld. Eriq Gardner says this means — barring an unexpected reversal — Miller will soon “reclaim the domestic rights to the {Friday the 13th] franchise.” This does not necessarily mean, however, you’ll be seeing new Friday the 13th flicks any time soon. As Bloody Disgusting’s John Squires points out, other deals have to be sorted out before that can happen.

Toberoff has built a career representing writers, artists, and other creators against production companies in copyright disputes. Speaking to Reuters, Toberoff said those companies often deny creators “the respect or the economic rewards that they deserve.” He added, “The last one to be invited to a premiere is the writer.”

Reuters points out that in the Marvel case, Marc Toberoff will be facing off against an old opponent. The team representing Marvel will be led by Daniel Petrocelli from the firm O’Melveny & Myers. Toberoff and Petrocelli squared off before. In 2010, Warner Bros sued Toberoff and the heirs of Jerome Siegel and Joe Shuster — the co-creators of Superman. Warner Bros lost their bid to get Toberoff to fork over $500,000 in attorney fees, which they claimed to be owed for Toberoff interfering with DC Entertainment’s relationship with their clients. Meanwhile, the overall Superman case was settled in a secret agreement in 2016.

It’s too early to tell whether or not Toberoff will be able to do for the various artists and their estates facing off against Marvel what he accomplished for Victor Miller. Nor is it out of the realm of possibility it will ultimately be settled in a behind-closed-doors deal similar to that of the Superman case. 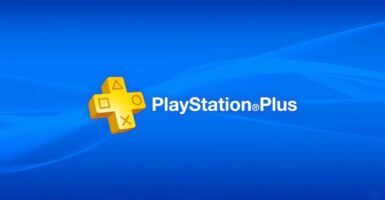