DC Comics Is Being Shut Down?

Are comic books dead? That seems to be the prevailing thought as news continues to swirl that DC Comics is coming to an end, perhaps quicker than first thought.

Word comes from insider Daniel Richtman on his Patreon page that “AT&T doesn’t care about the comics of DC so they’re going to let DC comics die and may sell them. They only care about HBO Max and the movies.” Some of you may be curious as to why AT&T would or would not care so we’ll fill you in. Back in 2018, global giant AT&T completed a purchase (that actually began in 2016) of Time Warner, the parent company which owned Warner Bros. and DC Comics, for a cool $85.4 billion. Since that purchase, the question has always surrounded DC and what AT&T had planned for the struggling entity. It now seems that AT&T plans on letting DC Comics die on the vine.

Initial word of DC Comics’ demise came last year when 27-year comic book veteran Ethan Van Sciver, known for his work with Geoff Johns on DC’s Green Lantern, reported on his very own ComicsArtistPro Secrets YouTube channel than an insider gave him the bad news that AT&T plans to shut down DC Comics by June of this year. “Comic books themselves have fallen into the hands of extremely irresponsible people in editorial and in publishing who have taken comics and turned them from a good, fun pastime, escapist fantasy into identity, political, evil, poisonous pamphlets that insult their own readers,” Van Sciver told subscribers via Cosmic Book News. “AT&T fired a BIG portion of their editorial staff in April and just this week they fired the rest of them, essentially. We understand from sources at this point that there are no editors at DC Comics anymore. There are the people who just used to get coffee, interns, people who aren’t making very much, people who are going to be running the company until it ends.”

Van Sciver also wanted to point out that even though his “tip” can’t be verified, he believes it to be true. “I received a tip, by the way, an unverifiable tip, I gotta say, I don’t know if it’s true or not, but they are saying DC Comics will close down publishing paper comics in June of 2021. I think they just solicited March’s comics, and I guess that, if this is true, that’s going to be it.” Van Sciver didn’t hide his bitterness as he continued on, leaning on the political divisiveness. “So this company was ruined. It was ruined by far left-wing radical activists who would I say invaded,” explained Van Sciver. “These parasitic monsters used DC Comics as their host, their platform to change culture, in an attempt to change politics.”

All this comes on the heels of two major DC happenings. The first being the announcement by DC’s Publisher/Chief Creative Officer Jim Lee telling DC Comics fans that their planned 5G event, one that was going to reset the DC timeline, aging out classic characters such as Clark Kent and Bruce Wayne, and introducing new characters, had been cancelled. The second big happening came when long-time DC Comics co-publisher Dan DiDio was fired. While DiDio’s removal came as a shock, his release will leave behind a DC career mired in controversy that included his noted poor treatment of classic characters. The firing represented a major shift in how DC was looking at its future, one now that seems murky at best.

Before DC fans get all hot and bothered, DC Comics possibly closing down doesn’t mean the end of Batman, Superman, Aquaman, Wonder Woman, or any of the other popular superhero characters. “Understand. It doesn’t mean the characters are going to go anywhere. Batman, of course, is a prized possession of AT&T now,” Van Sciver reassured fans. “AT&T is Batman, and they are going to keep putting out movies and product and toys and all that stuff. Comic books are dead and they are going to close up the publishing house soon.”

As an old-timer and a fan of enjoying a good read that includes actual paper, whether that be a hardcover or paperback novel or even a comic-book, seeing DC Comics transfer its titles to digital form is quite disheartening. It does, though, seem to be the way of the future and one that many of us will have to get used to. 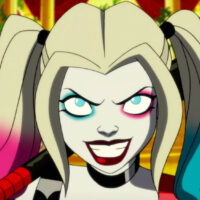 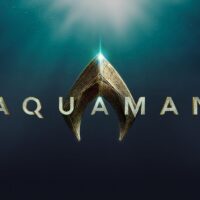