David Tennant has a new series coming to PBS. He’s kicking the year off as Phileas Fogg in a brand new adaptation of Around the World In 80 Days. After several delays related to COVID-19, the official release date for his new adaptation will premiere on January 2, 2022. The eight-part series will release every Sunday evening, concluding on February 20, 2022.

Around the World In 80 Days is based on the classic Jules Verne novel. The story takes place in 1872, when today’s means of travel weren’t at the hands of Phileas Fogg (David Tennant). Following an article claiming that a new train line made it possible to circle the globe in 80 days, Fogg makes a bet that he could do it himself. Despite little understanding of how to move forward, he goes for it. He’s joined by two companions, played by Ibrahim Koma and Leonie Benesch. Ultimately, the around the world trip sees them explore all means of transportation available to them in 1872.

Along with the new train line, David Tennant and his companions take hot air balloons, ride on camels, sail on ships, and hop on stagecoaches. One of the most exciting things about the new series, other than Tennant himself, is some of the beautiful shots seen in the show’s trailer. The video is only 35 seconds long, but shows off the charming adventure in a fresh way. Check it out below.

The classic novel is one of the original road trip stories. After watching David Tennant travel the universe in Doctor Who, the new project is a natural follow-up for his dedicated fanbase. In the brief trailer, fans are told the basics of the story, while also reminding fans why they like the actor right at the end when he highlights his skills with physical comedy.

David Tennant fans still miss his run on Doctor Who, the show that grew the actor’s name to be one that even non-fans recognize. He is also well known for his run on Netflix’s Jessica Jones as Kilgrave. More recently, he’s been finding himself stretching his voice talents on projects like DuckTales and in Doctor Who video games. Outside of Around the World In 80 Days, the biggest news for his next project is season two of Good Omens. The Neil Gaiman adaptation was renewed, to the relief of fans. Amazon recently cancelled their adaptation of another of Neil Gaiman’s works–American Gods. After a long break on Good Omens, fans had concerns.

The Michael Sheen and David Tennant-led series will have six episodes in its season two. While no release date is safe in recent years, it’s expected that fans will be able to watch the new season in September of 2022.

In addition to these projects, David Tennant has also signed on to adapt another classic novel. Deadline reported that the actor has signed on to play the lead character in Hide. The new series for Peacock will be a Jekyll & Hyde thriller adaptation. That project is still in the early stages. 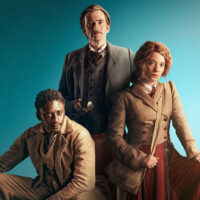 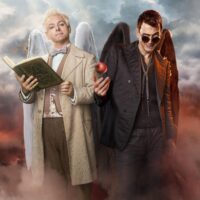