Daniel Craig recently just celebrated the successful premiere of his latest James Bond film No Time To Die and gave his heartfelt goodbye to the character who has been a part of his life for the past 15 years. Now he is looking ahead to the release of his next movie, Knives Out 2.

In a recent interview with Empire, Daniel Craig discussed why he thinks that Knives Out 2 will be even better than the first one. When asked about his most recent exploit as his Knives Out character Benoit Blanc, Craig expressed how lucky he felt to be working with writer and director Rian Johnson again. He outwardly praised Johnson’s script and stated, “I’m so lucky to have Rian [Johnson] in my life. He’s such a great writer. That script arrived and I was literally like, ‘Are you kidding me?’ I couldn’t believe that he wanted me to play it.”

Daniel Craig went on to further disclose that the cast and crew just wrapped up filming in Serbia and coyly stated “Dare I say it’s better? We’ll see. I don’t want to tempt fate.” Craig detailed that, “It’s different, and that’s the amazing thing…I’m very excited about it.” Daniel Craig’s enthusiasm about the script and his experience filming certainly serves to suggest that fans of the first have a lot to look forward to in the second installment.

Daniel Craig isn’t the only star of Knives Out 2 to be excited about its release, as well as enthusiastic about its plot. Craig’s co-star Dave Bautista also feels the same way. Bautista disclosed to Collider, that he didn’t want to be presumptuous, but that he really feels that it will “… be just as good, if not better than the first one.”

The first Knives Out (2019) is a mystery film that outlines the story of a skilled detective who goes to investigate the mysterious death of a wealthy man. It was characterized by a star-studded cast, and in addition to Daniel Craig (Benoit Blanc) featured the talents of Chris Evans (Hugh Ransom Drysdale), Ana de Armas (Marta Cabrera), Jamie Lee Curtis (Linda Drysdale), and Don Johnson (Richard Drysdale).

Knives Out 2, as it is being colloquially referred to until its actual title is revealed, is also rounded out by an impressive ensemble cast. Including Ethan Hawke, Dave Bautista, Edward Norton, and Kate Hudson, whose roles, much like the title of the movies, have yet to be disclosed. Additionally, while we do know that sequel will feature Daniel Craig’s return as the detective Benoit Blanc to investigate some sort of mystery, no specific details about what that mystery could entail are known. The premise of the film and the roles of its key players are as much an enigma as the genre of the movie itself. Fans will have to wait until the film releases in what is expected to be some time in 2022.

Since becoming a key Hollywood figure, Daniel Craig has certainly been able to dominate the box office with his versatile acting abilities, particularly with both of his crime-solving roles. Judging by the buzz already being generated by Knives Out 2, it looks as though he will continue to do so. Daniel Craig’s career is only just picking up momentum, as he is about to begin production on the action crime period drama The Creed of Violence. Craig has also announced that he is attached to two additional projects, a TV series titled Purity and a potential Knives Out 3. 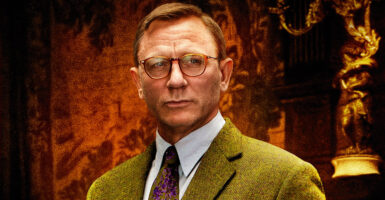 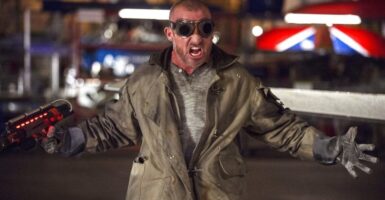