By Cristina Alexander | 1 week ago

Daisy Ridley made her mark in the sci-fi world playing Rey Skywalker in the latest Star Wars trilogy, becoming one with the Force and battling the likes of Kylo Ren and Palpatine. Now she’s traveling from a galaxy far, far away back to Earth for a grappling new sci-fi film. Deadline reported on Friday that she will star in the futuristic thriller Mind Fall under French director Mathieu Kassovitz.

Mind Fall is set in near-future London, where people seek out the hottest new drug on the black market: memories. The memories, or “mems” for short, are physically removed from one person’s brain and implanted in another’s with the help of illegal new technology. Daisy Ridley plays Ardis Varnado, a top shot trafficker who steals the mems from those looking to have some money in their pocket. She then resells them to clients who pay top dollar for the memories that bind to their subconscious, which renders those memories indistinguishable from their natural ones. Meanwhile, Daisy Ridley is battling her own addiction with the mems, oftentimes struggling to distinguish between the memories she implanted in herself with her own.

Eventually, Ardis is accused of murdering one of her clients, and she decides to solve the crime herself and question everything that she’s ever thought to be real along the way. The further down memory lane she walks to uncover the mystery, the more she realizes that she has every reason to do so and clear her name. Where Daisy Ridley was paid peanuts for food as a scavenger in Star Wars: The Force Awakens, she makes 10 times more money as a memory trafficker in Mind Fall.

Mind Fall is the second film Daisy Ridley is in where the exploration of the mind is a recurring theme. She recently starred alongside Tom Holland in the Lionsgate fantasy film Chaos Walking, a dystopian film based on a book trilogy of the same name where she crash lands on a planet populated only by men and everyone has their thoughts on full display by creatures called Noise. She is currently in post-production on Neil Burger’s psychological thriller The Marsh King’s Daughter for STX, which is based on the novel of the same name by Karen Dionne.

According to Collider, Soltice Studios was originally charged with overseeing the production of Mind Fall, but it was shut down after its top executives were laid off earlier this month. Now the film is being produced by Jeff Robinov and John Graham at Studio 8. Vincent Maraval and Kim Fox are leading buyer discussions for Wild Bunch International, which launched the sales of the project. Daisy Ridley will, for sure, bring great exposure here.

Mind Fall marks Mathieu Kassovitz’s first film as director in over a decade and his first time working with Daisy Ridley. It’s his third English-language film after Gothika, a 2003 supernatural horror film that starred Halle Berry as a psychiatrist who gets incarcerated at the same penitentiary she works at after being accused of killing her husband, and Babylon A.D., a 2008 sci-fi thriller that starred Vin Diesel as a mercenary tasked with escorting a woman from Russia to America not knowing she hosts an organism that a cult wants to harvest in order to produce a genetically modified Messiah. The film’s script is written by Graham Moore, who won the 2015 Academy Award for Best Adapted Screenplay for Imitation Game. 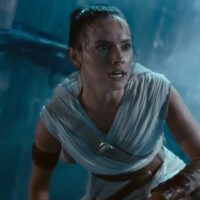