For months now, rumors (confirmed by Giant Freakin Robot’s exclusive scoop) have been around that 2019’s Star Wars: The Rise of Skywalker was not Daisy Ridley’s last stint in the galaxy far, far away and the actress is all set to return to the franchise. And while there is still no official confirmation, Ridley has inadvertently confirmed that she recently met up with a major Star Wars executive.

Recently Daisy Ridley sat down for a chat with Grazia to promote her recent podcast, Zoetrope. During the chat, she was questioned about life after Star Wars, a franchise she led for five years across three films. She revealed that when she bid goodbye to Star Wars with The Rise of the Skywalker, she was heartbroken and very sad about the prospect of leaving behind the family she had found with the franchise. Daisy Ridley also fondly reminisced how years have gone by since she and John Boyega had joined the world of Star Wars when each was in their early twenties. And then came the big reveal when she confirmed that she stays in touch with her fellow cast members as well as with the President of Lucasfilm, Kathleen Kennedy.

“But we all keep in touch, even though John is the busiest man in the world. I went for breakfast with Kathy Kennedy the other day which was so nice. Jodie (Comer) and I text all the time. It was such a wonderful experience,” Daisy Ridley shared.

While keeping in touch with actors you have worked and undoubtedly forged a friendship with is understandable, Daisy Ridley recently having breakfast with Kathleen Kennedy is indeed uncanny. Did she deliberately drop the little tidbit of information, was it a hint that she is making a comeback to the Star Wars franchise? Or was it just an innocent breakfast between Lucasfilm’s president and a former Star Wars actor?

Earlier this year, Giant Freakin Robot had exclusively reported that Daisy Ridley is in talks for an appearance in a future Star Wars project. Our scoop was recently confirmed by We Got This Covered, which shared that her upcoming appearance is marked for a Star Wars series on a streaming platform. It is yet unknown if she is going to have a cameo appearance or whether she will be starring in her own series. In a cameo, it could be just like Temuera Morrison’s Boba Fett in the upcoming Disney+ series The Book of Boba Fett and Obi-Wan Kenobi series, starring Ewan McGregor as the titular character, which will debut on the streamer in 2022.

Barring the rumors and plausible reports, Daisy Ridley’s own responses to her potential return to Star Wars have been ambiguous at best. She has oscillated between expressing interest in making a comeback as Rey and shooting down the possibility. Back in 2017, she shut down speculations that she is against returning to the iconic franchise once the trilogy wrapped up. But in 2019, during her appearance on Jimmy Kimmel Live, Ridley established that the storyline of her character wrapped up with The Rise of Skywalker and she doesn’t see herself wielding Rey’s lightsaber in the next 10 years. While our scoop confirms her return to Star Wars, only an announcement from Lucasfilm, Disney, or Ridley herself will put an official stamp of confirmation on the news. 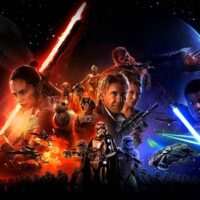