Corey Feldman has given up on The Goonies Part II ever happening. This isn’t because he doesn’t want to do it. It sounds as though if he got the call, he’d be on the set as fast as he could, dropping whatever else he was up to. That may sound strange, considering that we just passed the 36th anniversary of The Goonies. By now, the cast has all grown up and moved on, right? And who would work on such a script? Corey Feldman recently spoke with Dread Central about his dreams for a sequel and where the project stands with all involved. He shared a surprising number of details.

In 2020, the cast of The Goonies had more time on their hands due to pandemic lockdowns. This year also saw the 35th anniversary of the film, so they did Zoom events to celebrate the passing. With script readings and hangouts, they were all enjoying each other’s company and some nostalgia for the 1985 original. Chris Columbus penned the original screenplay and was in on some of these meetups. To everyone’s surprise, he told Corey Feldman and the rest that he was writing for their characters again.

While talk of The Goonies Part II has been part of Corey Feldman’s life over the years, in 2020 he really got his hopes up. A sequel was well and truly going to happen. He shared that he has believed this in the past only to have his heart repeatedly broken, but still, in 2020 all signs really made him believe. He shared that Sean Astin and Josh Brolin in particular were in for sequel plans.

Then, things got a little quiet, before big news dropped that shattered all hope for Corey Feldman. Richard Donner, the director for The Goonies, has signed on to make Lethal Weapon 5. As far as Feldman sees it, this means The Goonies sequel has yet again been tossed to the wayside. He said this sounding like he was still quite fond of Richard Donner, but made clear that from his viewpoint, without Donner, there is no Goonies 2, and that’s that. Richard Donner is making Lethal Weapon 5 and Goonies 2 will not happen.

The actor was not shy about sharing his disappointment. Corey Feldman said that the real shame here is that the team behind The Goonies genuinely have a lot of love for each other and want the opportunity to work together again. He said that no matter how many gray hairs are on their faces, they love this part of their past, love working together, and would be in to jump on a script from Chris Columbus as soon as he had one good to go. Unfortunately, Corey Feldman just doesn’t believe it’s going to happen anymore.

While the actor has more insight on what’s happening behind the scenes than many, there’s still room to hold a true “Never say die!” attitude on the fate of The Goonies Part II. Corey Feldman said that the first part they need is a script from Chris Columbus. While Feldman hasn’t heard more updates from him on the script, we know that the writer has been working on Gremlins 3, which shows he has a clear interest in revisiting some of his top older properties. Director Richard Donner may currently be out, but who knows when his schedule may free up? While Goonies 2 may currently be on the back shelf, it sounds like the fans, and the people behind it, aren’t likely to let go of their hopes for a sequel anytime soon. 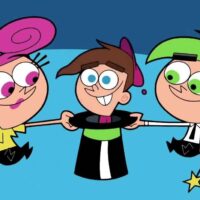