Constantine: How Keanu Reeves’ Comic Book Movie Failed And Why It Deserved Better

Constantine should have been a slam dunk. A big-budget comic book adaptation with Keanu Reeves fresh off the financially successful Matrix films in 2005. Instead, the noir-tinged horror outing didn’t break even at the American box office and a potential franchise was cut off at the ankles.

That’s a shame because not only is Constantine a good movie, it might very well be a secretly great one. Let’s command this unjustly discarded film into the light so we can see just how wondrous it is.

Constantine is made in a way that we don’t really see from the majority of comic book adaptations nowadays. Instead of being focused on textbook translation, surface familiarity, or sanitizing the source material to appeal to the widest possible audience, Constantine has confidence in itself that is unique. It throws the audience into the middle of a weird and multi-faceted world. There is very little hand-holding going on in this movie. It puts trust in the viewer that they’ll be able to take all of this world in stride, no matter how aggressively bizarre everything gets.

Part of the way it’s able to earn that trust in the audience is thanks to director Francis Lawrence. Constantine was Lawrence’s directorial debut after a successful career in music videos. It’s apparent that Lawrence wants to use his debut to flex some stylistic muscle with a budget that was unlike anything he’d worked with before. And boy does he flex.

Every major sequence in the film is loaded with clever camera movements and angles. While a lot of modern comic book movies don’t try to replicate the striking compositions of the medium, it feels like Lawrence is attempting to craft those kinds of pictures. This is arguably Lawrence’s best-directed film from a stylistic standpoint. Every big action set-piece is focused around powerful imagery/cinematic concepts and it’s one of the reasons why Constantine has stuck around.

That ethos is solidified in our introduction to John Constantine. What starts as a familiar exorcism scene gets an added visual twist: trapping the possessing demon in a giant mirror. It adds a nifty visual idea to a concept audiences might consider clichéd. That mindset runs throughout the entirety of the movie, giving us surprising variations on supernatural ideas we’re all aware of. And by adopting an attitude of complacency with all of this weirdness – Constantine, both the person and the movie, rarely stop to explain what they’re doing – we get wrapped up in the intricacies of this dark and magical world.

What a world Constantine provides. This is a movie drenched in world-building elements, but the film doesn’t suffer any pacing or rhythm problems because of them. Instead, every new little corner of the world we get to see hints at even larger and stranger ideas. From magic spells to different types of demons, everything is given weight and distinction.

Conceptual and visual factors aren’t the only things that make Constantine work. The cast is solid, led by Keanu Reeves delivering a cynical, detached performance that clicks perfectly with the character. We’ll get to the differences between the comic book version of John Constantine in the next section, but judging Reeves’s version on his own merits, this iteration of John Constantine is exactly the kind of aloof and acerbic detective he should be. It doesn’t make him immediately likable, but it does make him cool, mysterious, and worth sticking with. And once we get peeks into his past and current medical situation, John becomes a character with a lot more going on than we’d assume.

Reeves isn’t the only one putting in good work. The supporting cast is stacked with Rachel Weisz acting as a good audience proxy. She’s often at the side when the larger supernatural shenanigans get underway, but her emotional agency in the story is strong and Weisz plays it with 100% conviction. Add in impressive turns from Shia LaBeouf, Djimon Hounsou, Pruitt Taylor Vince, and a remarkable Tilda Swinton and this is an ensemble that knocks it out of the park.

And then, there’s Peter Stormare as Satan.

The Devil is one of the greatest characters in all of fiction and there have been many delightful cinematic versions of Lucifer. Peter Stormare in Constantine should be considered among some of the greatest on-screen Satans of all time. The movie saves him as a treat for the climax and it’s the most delicious of treats. Satan enters by floating down and his feet are covered in steaming tar. No explanation is given and that’s perfect. It simply sets a tone and mood for this take on the Fallen One. Plus, Stormare plays Satan as if he was the Joker. He’s playful, unpredictable, and captivating in his few short minutes on screen. Stormare’s Satan alone begs for more from the world of Constantine.

Alas, we wouldn’t see more of this John Constantine. And here’s why.

As we’ve mentioned before, there is no one definitive reason as to why a movie doesn’t succeed upon initial release. It’s always a combination of disparate elements. That’s certainly true with Constantine.

For starters, Reeves was coming off a muted reaction to The Matrix sequels. His blockbuster star clout had taken a dip after those enormous blockbusters ended up with less than stellar reception from audiences. And now, viewers were being told to trust Reeves as a leading man in another highly fantastical flick. Constantine was too close to The Matrix Revolutions in wide audiences’ minds and they were worried that they were once again going to be more confused than entertained.

Another factor that played into Constantine‘s disappointing premiere is the idea of blending horror and action. General audiences like to have a good sense of what they’re in for when it comes to genres. Blending genres is always a tricky move especially when it comes to marketing a movie. Some folks might have looked at Constantine and thought, “Is it supposed to be scary? Or an adventure? I don’t get it.” That initial feeling of, “I don’t get it,” will often be the thing that prevents regular moviegoers from checking out something they aren’t familiar with.

And let’s be very clear: mainstream pop culture was not familiar with John Constantine in 2005. The character has gone on to appear in other adaptations and might have a stronger foothold with pop culture awareness nowadays, but 2005 audiences didn’t know anything about the comic character. This was an introduction for them and that means it was also something totally new.

Unfortunately, introducing totally new intellectual properties is a tough sell. There is enough cultural cache with lots of superheroes that audiences will line up for them, but a character like John Constantine was too risky of a commodity for people to gamble their money on a ticket. They preferred to go see Hitch in its second weekend. Yes, Hitch‘s second week beat Constantine‘s opening weekend. Chew on that for a second.

But, it’s time to address the criticism that has been a millstone around this movie’s neck since its release: it’s not a “faithful” adaptation of the character.

Yes, in the comics John Constantine is from Liverpool instead of Los Angeles. Yes, he has blond hair instead of black. Yes, he wears a big brown coat instead of a black suit. This change in the character caused the fanbase to renounce the film upon release and that certainly didn’t help its reputation.

It’s a shame because the spirit of the character is present in Reeves’s version. But, because it wasn’t an exact replication of the comic, fans considered it sacrilegious. I’m sure they feel the same way about every Batman movie where he doesn’t carry a gun and shoot criminals. Because that’s how Batman was originally!

Obviously, I don’t feel that fealty to the source material is the most important thing when making a new iteration of a character. But, that was the rallying cry for fans about Constantine and it’s persisted to this day. While that isn’t the recent the film performed poorly at the domestic box office, it’s been a critique that’s been hard to shake.

Hopefully, that issue is becoming less important with Constantine. Time has been kind to this singular and confident film. In a perfect world, we’d get one more go-around with this version of the character. Write a story that has him doing a buddy movie with an alternate version of himself. I’m sure folks would like to see Matt Ryan’s Constantine pal around with Keanu.

If this is the only time we get to see this take on the character, it’s a darn good one. Constantine deserves a cult following and should be remembered for all the things it did right instead of its perceived wrongs. When it’s all said and done, the movie we’ve got is something magical. Forget the haters and the perceived reception to this movie. If you haven’t seen Constantine, rectify that immediately. If you have seen it, there’s no time like the present for a rewatch. 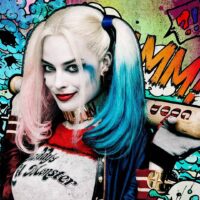