Chris Evans has been hinting that he wants to return to the MCU at some point, but he might be returning as a different character, and that might be Wolverine.

Chris Evans might be done with the MCU, but the actor has hinted that he would love to return in some way. He recently revealed that it would be fantastic to return as the MCU version of Johnny Storm, which was his first role in the superhero film universe. It would be great to see Evans reappear in the MCU but have no one address it at all. Another character has also been teased with Evans’s name attached. The Russo Brothers, who worked with Evans on The Gray Man, also directed Avengers: Endgame. They had recently been interviewed and asked who they would like to see Evans play next. The answer was simple: Wolverine. You can see this interview below:

The interviewer asks the Russo Brothers who they would like to see Chris Evans play in another instance of the comic book universe, which Joe Russo says, “Wolverine.” He then remarks on the range that Evans has as the reasons behind his choice. According to Joe Russo, “He’s [Evans] an incredible actor. I don’t mean this in a bad way, but he’s nothing like Captain America. Steve Rogers is very controlled and quiet, understated. Chris is energetic and funny and charismatic, and he brings a lot of energy to set. I’d love to see him do something like Wolverine.” That is truly an interesting choice and one that fans might be more willing to back besides him returning as Johnny Storm. Though we might not see Evans dedicate another 15 years to one character, he could appear in a quick cameo as part of the multiverse continuity.

Chris Evans is currently busy with many projects, including the previously mentioned Russo Brothers film, The Gray Man. He then has a romantic comedy with Ana de Armas coming out called, Ghosted. From there he is reuniting with fellow MCU alumnus, Scarlett Johansson. The pair are linking up for a science-fiction thriller called Project Artemis. The man has a lot going on, and we might not be able to see him take on a substantial role as Wolverine, though it would certainly be welcomed by a great many people. The MCU has been searching for the next Wolverine after Hugh Jackman left the role behind. However, it is hard to find someone to replace one of the best-casted characters in the history of cinema. Especially in terms of superhero films.

For now, it appears that Chris Evans is just fanning the flames of an MCU return, though it is not likely. He may appear in a quick cameo as some sort of multiverse trick. That certainly happened in Doctor Strange 2 with the reveal of The Illuminati. We would love to see Evans take on a different role in the MCU in that regard, including the evil Captain America who worked for HYDRA. Yes, that did happen in the comics.

Marvel is quite good at keeping their secrets and cameos hidden from even the best internet sleuths. While we don’t believe that Chris Evans is going to appear in the MCU so soon, he might drop in at some point in the future. We do think that someone more willing to spend the next 10-20 years as Wolverine needs to be cast in that role. However, we would love to see Evans with the claws. Even if it’s just a moment in the multiverse. 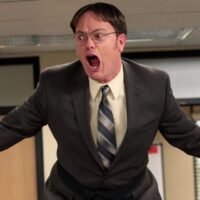