It was the widespread critical and commercial success of Buffy the Vampire Slayer that lent Joss Whedon the fame that he still enjoyed nearly 18 years after the show’s last season had been wrapped. But in recent times, Whedon has lost all the praise and popularity he had earned in his entire career when allegations about his abusive behavior and workplace harassment surfaced. It effectively ended his association with the much-hyped HBO drama series, The Nevers, and if insider Daniel Richtman’s recent report is to be believed, the highly-awaited Buffy the Vampire Slayer reboot is also moving forward without Whedon on board.

The Buffy the Vampire Slayer reboot was announced way back in 2018 when Whedon was riding high on his success in the Marvel Cinematic Universe. Back then, he had announced that his most successful TV series would soon be rebooted with an African-American lead playing the part of Buffy to make the cast more diverse this time. At the time, Monica Owusu-Breen was also confirmed as the showrunner of the series. But since then, more than two years have passed and no information about the reboot’s current status is known apart from Richtman’s report which also states that Whedon has been blacklisted in Hollywood and he is desperately trying to undo his pariah status.

Allegations against Whedon started with Ray Fisher publicly posting about what he faced on the sets of Justice League once Zack Snyder left the film and the Buffy the Vampire Slayer creator came on board. This triggered a major controversy and led Warner Bros to conduct an internal investigation that concluded with some undisclosed “remedial action” taken against Whedon.

Soon, Fisher’s voice garnered the support of the Buffy the Vampire Slayer star Charisma Carpenter who spoke out against Whedon, sharing that he had created a toxic environment on the set of the show. He was in a position of power and was known to abuse it on multiple occasions. While he found his actions amusing, they traumatized the cast, especially Carpenter who suffered performance anxiety, felt isolated, and was stuck with “a chronic physical condition from which I still suffer.”

Her words were soon seconded by Amber Benson, who played Tara in Buffy the Vampire Slayer. She added that the sets of Buffy The Vampire Slayer housed a “toxic environment and it starts at the top.” She also agreed that the damage Whedon did to their personality and confidence back then is something that they are still struggling with.

Series star Sarah Michelle Gellar also came forward to support her former cast members and added that while she is proud to have starred in the show, she has no desire for her name to be forever associated with Joss Whedon. These combined complaints from the cast members do paint a future for the Buffy the Vampire Slayer reboot where Whedon is not at all involved. But there is yet to be an official confirmation if the series’ reboot is indeed being picked up, whether Whedon will be attached to the project or not, and who will be brought in his place if he is indeed out of the picture. 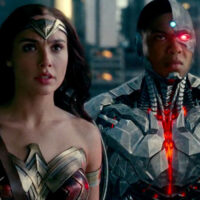