An Iconic Bradley Cooper Movie Is Crushing On Netflix

Have you ever woken up in a Vegas Hotel room, with no recollection of the night before, and Mike Tyson’s pet Tiger in the bathroom? Well, those who have are the main protagonists in The Hangover. The 2009 hit comedy starred Zach Galifianakis as Alan, Ed Helms as Stu and superstar Bradley Cooper as Phil. The trio of friends spend the hangover from hell trying to find their lost friend, Doug (Justin Bartha), in order to return him to his wedding on time. The film arguably catapulted Bradley Cooper toward Hollywood superstardom, and now The Hangover is getting a new lease on life on Netflix, as it has soared into the USA Top 10 on the streaming platform.

The Hangover hit American theatres on June 5, 2009. It was undoubtedly a huge hit. The film itself centers on three groomsmen; Alan, Stu and Bradley Cooper’s Phil. They take best friend and man to be wed Doug on a raucous night out in Vegas the day before his wedding. The only problem is the trio wake up on the morning of the wedding in their Vegas Hotel suite, with a whole heap of carnage around them, no memory of the night before and no Doug. Cue a hilarious turn of events as the three friends retrace their steps from the night before in a bid to find their lost friend before his wedding. It was a barrel of laughs for all those who went to see it in theaters and now seems to be having an equal impact on Netflix too. You can see the trailer for the movie below.

The Hangover was well received by audiences and critics alike, years before ranking high on Netflix. Rotten Tomatoes report the film’s critics score as a high ranking 79%. Peter Bradshaw of The Guardian Newspaper summed up the film’s bold approach to comedy with the following words, “It turns out to be every bit as crass, offensive and incorrect as you’d expect, but it’s also – gulp! – really very funny an awful lot of the time, as well as bizarrely gripping.” The film won over Cinema audiences the world over, posting an impressive worldwide box office return of over $468 million. This success resulted in The Hangover spawning two sequels.

After The Hangover, Bradley Cooper went on to star in several renowned films including; Silver Linings Playbook, American Hustle, American Sniper, A Star is Born, Licorice Pizza and most recently Nightmare Alley. The latter project has also had a boost across streaming recently. As well as critically acclaimed cinema, Cooper has been included in big blockbuster hits two. The most prominent example of this is his turn as Rocket Raccoon in Marvel Studio’s Cinematic Universe.

Bradley Cooper’s stock has clearly risen ever since The Hangover hit theatres. The actor has an impressive nine Oscar nominations and has won a host of awards throughout his career. Arguably, Cooper reached a high point with A Star is Born (2018). As well as starring in a lead role, and performing several musical numbers himself in the film, Bradley Cooper also directed the feature and is credited as a co-writer on the screenplay. The film was nominated for eight Oscars and won for Best Original song, which was performed by Cooper himself alongside pop superstar Lady Gaga.

If it weren’t for The Hangover, perhaps all of Bradley Cooper’s success may never have come about. Who would have thought that sharing the screen with Mike Tyson would help contribute to such an amazing body of work? It would appear that Cooper shows no sign of stopping for the time being either. This year, Bradley Cooper will be returning to the world of Marvel as the voice of Rocket Raccoon in The Guardians of the Galaxy: Holiday Special, before reprising the role again in 2023 for The Guardians of the Galaxy: Vol 3.

Another major project Bradley Cooper has in the works is Maestro. For this flick, Cooper once again takes to the director’s chair in the biopic centering on legendary composer/conductor Leanord Bernstein and his decades-long love with his wife Felicia Montealegre. The project was initially being helmed by Steven Spielberg before Bradley Cooper came on board. Cooper will also take on the lead role of Bernstein. Maestro is a Netflix property that will also have a cinema release, a date as of yet hasn’t been confirmed. 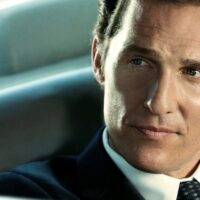