Tommy Lee Jones plays Harvey Dent/Two-Face in 1995’s Batman Forever and Aaron Eckhart gives a much more layered performance of the character in 2008’s The Dark Knight. But before either of them, Billy Dee Williams was cast as Gotham’s hotshot new District Attorney Harvey Dent in 1989’s Batman. Fans expected Williams would eventually return as Two-Face, but it never happened. The closest Williams got to a big screen Two-Face was when he voiced him as one of a whole gaggle of bad guys in 2017’s The LEGO Batman Movie. But now DC Comics has given Williams’ version of the character the chance to finally transform into the twisted Two-Face.

The new DC comic book series Batman ’89 picks up where the second and last Tim Burton directed film of the series — 1992’s Batman Returns — left off, pretending the Joel Schumacher helmed follow-ups Batman Forever and 1997’s Batman & Robin never happened. Sam Hamm, who co-wrote both of the Burton films, scripts the comic. The Michelle Pfeiffer version of Catwoman returns and the series even debuts the Marlon Wayans version of Robin — the actor was cast as the sidekick for Batman Returns but didn’t appear — and in the latest issue we finally see the Billy Dee Williams version of Harvey Dent transform into Two-Face.

In the previous issue, Dent rushes into a building to save Drake, the Wayans Robin. The issue ends with an explosion knocking the Billy Dee Williams version of Dent out, and we see a stream of acid creeping toward him. In the latest issue, Batman ’89 #3, Drake and Bruce Wayne are able to drag Dent to safety just before the building explodes. Dent wakes up, pushes himself to his feet, and after decades of waiting this version of Two-Face is finally revealed.

Speaking at the 2017 Wizard World Nashville Comic Con (via ComicBook.com), Billy Dee Williams confirmed that, yes, his character in Batman was meant as more than just an Easter egg. He was meant to eventually become Two-Face and lock horns with Michael Keaton’s Batman. Those plans ended, however, once Joel Schumacher took over the film series.

Billy Dee Williams also took the opportunity to debunk an old urban legend. Fans have spread the story for years that Williams was paid for Batman Returns even though he didn’t appear in the film as Two-Face or even as plain old Harvey Dent. Williams said that wasn’t the case, explaining, “You only get paid if you do the movie… I only had a one picture deal for Batman.”

Ironically, Marlon Wayans might argue with the notion that “you only get paid if you do the movie.” Like Billy Dee Williams, Wayans was supposed to play a major Batman mythos character in Batman Returns. Unlike Williams, however, Wayans says he was paid $100,000 for the film even though he didn’t appear in it, and claims to still receive royalty checks. Speaking to io9 in 2009, Wayans said he was cut because there were too many characters in the film. The plan was from him to premiere as Robin in Burton’s third Batman movie, which of course never happened.

Michael Keaton Sequel Could Happen, But Needs One Thing First 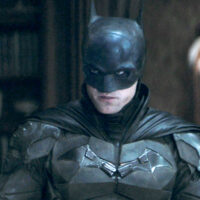