With movie theaters still closed in many states, the last few months have seen an unprecedented amount of expected theatrical releases coming to streaming services. Recently, Disney announced that their newest Pixar film, Soul, would debut on Disney+ instead of going to theaters, while Wonder Woman 1984 will come to streaming on the same day the film releases in some theaters. The latest film that might jump to streaming is a monster: Godzilla vs Kong.

The Hollywood Reporter says that Netflix initially made an offer to purchase Godzilla vs Kong for $200 million, but WarnerMedia has turned the offer down. It looks as though WarnerMedia is waiting for an offer from HBO Max, the streamer who will carry Wonder Woman 1984 on Christmas Day. The Hollywood Reporter says that a comment from a Warner Bros. spokesperson said that the plan is still to release Godzilla vs Kong to theaters next year, however, THR also mentions how in November, WarnerMedia said Wonder Woman 1984 was still planning on coming to theaters, and a month later, that plan shifted.

If HBO Max does purchase Godzilla vs Kong, it’s unclear if, like Wonder Woman 1984, the monster film will also get a run in theaters. Considering the scale of such a film, and the fact that multiple Godzilla and King Kong films have been leading up to this film, it would make sense for the film to at least appear in some theaters, possibly the same day as streaming.

Warner Bros.’s new take on the Godzilla franchise began with 2014’s Godzilla, which made $524 million worldwide, $200 million of which came from domestic audiences. Kong: Skull Island, which hinted at a potential Godzilla vs. King Kong, debuted in 2017 and did even better, making $566 million worldwide. Yet last year’s Godzilla: King of the Monsters was seen as somewhat of a disappointment, making only $386 million overall, with domestic audiences only accounting for $110 million. Godzilla vs Kong comes as the series is already at a low point, financially.

If WarnerMedia did release Godzilla vs Kong solely in theaters, it would naturally be the least successful film in the series, due to theater closings, but also because of the steady decline of the franchise. But since most of this series’ box office comes from international markets, maybe the hope is that Godzilla vs Kong can stream in North America with limited theatrical showings, and still have a large-scale international release where the series is more profitable.

As of right now, the latest Godzilla film is still scheduled for a May 21, 2021 release. The film is directed by Adam Wingard, who is mostly known for indie horror films like You’re Next, V/H/S, and The Guest. Wingard most recently directed the update of the Blair Witch in 2016 and Netflix’s adaptation of Death Note. Godzilla vs Kong has a stacked cast that includes Alexander Skarsgård, Millie Bobby Grown, Eiza González, Rebecca Hall, Lance Reddick, Kyle Chandler, Brian Tyree Henry, Demián Bichir, and Ziyi Zhang.

No matter how or when Godzilla vs Kong gets its release, it will certainly be interesting to see who wins in this battle between monsters. 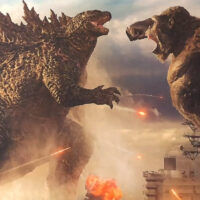 First Footage From Godzilla vs Kong 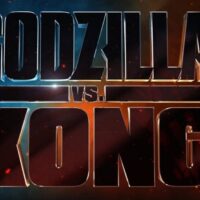 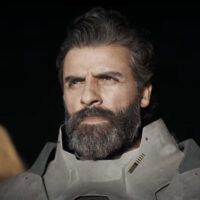