Our sources have told us that Arnold Schwarzenegger wants back in as Ben Richards in a sequel to his 1987 hit The Running Man.

The former Governator apparently wants back in the arena. According to our trusted and proven sources, Arnold Schwarzenegger is in the midst of developing The Running Man 2. This would be the follow up to the 1987 dystopian sci-fi action thriller The Running Man, loosely based on the 1982 Stephen King novel of the same name which King wrote under the pseudonym Richard Bachman.

This isn’t the first time we’ve heard about Arnold Schwarzenegger’ interest in making The Running Man 2. Back in November 2014, when audiences were around 8 months away from seeing Arnold reprise his signature role in Terminator Genisys, Digital Spy reported on a Q&A the star gave when the subject of him returning to older roles came up. Along with mentioning both Conan and the role of Julius Benedict in the 1988 comedy Twins, Schwarzenegger mentioned a possible sequel to The Running Man.

“There’s rumblings of a new Running Man movie, so it’s a great honor to be asked back,” Schwarzenegger said.

The very notion of Arnold Schwarzenegger or anyone else developing The Running Man 2 is interesting for a couple of reasons. In the first film his character, Ben Richards, is framed for the same massacre he tried to stop and made to play in the titular game show run by Damon Killian; played by the real life game show host Richard Dawson. Along with a couple of sidekicks, Richards navigates a deadly obstacle course guarded by eccentrically themed gladiators like the opera-singing Dynamo (Erland Van Lidth) armed with a weapon that fires electric bolts, and the bloodthirsty Buzzsaw (Gus Rethwisch) who carries more chainsaws than the props department of a Friday the 13th sequel.

Richards survives the carnage, his innocence is proven, and Killian is dead–along with all of the gladiators the hero faces–by the end of it. You wouldn’t think there would be anything left for Arnold Schwarzenegger to mine for The Running Man 2, but apparently he and some other folks disagree. Is he going to get framed and sent to another game show?

The other reason it’s a little strange that Arnold Schwarzenegger is looking to bring The Running Man 2 to theaters is that there’s already a remake of the original on the way. Last year, Deadline reported that Edgar Wright (Shaun of the Dead) was attached to direct a new version of The Running Man from a script promising to be much closer to the source material. In King’s novel Richards isn’t framed for anything but willingly joins the game to help feed his family, and rather than facing a host of supervillain-y gladiators, he races across the country pursued by expert hitmen.

We don’t know if Arnold Schwarzenegger’s interest in The Running Man 2 means he wants to make a project separate from Wright’s upcoming remake, or if possibly this is a sign that there’s been an unreported issue with Wright’s project. Regardless, we just know that if Schwarzenegger’s sequel does happen, he better bring Jesse Ventura along; you can’t have two future governors in the same movie and not bring them both back for the sequel (we’re looking at you, Predator 2). 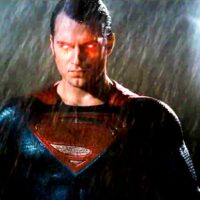 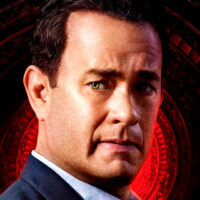