A True Lies series is on its way to CBS but no, action legend Arnold Schwarzenegger won’t be reprising the role of the hero from the 1994 film. Instead, the series is going with someone a little bit more, well, Shameless.

Today, Variety reported that instead of Arnold Schwarzenegger, the role of Harry — the elite secret agent who pretends at being a boring computer salesman as cover — will be played by Steve Howey. Among other roles, Howey is known for playing Kevin Ball, Frank Gallagher’s (William H. Macy) regular bartender on Showtime’s Shameless. Another one of Howey’s past roles makes him a fitting addition to True Lies. He appears in the 2018 action comedy Game Over, Man! which takes its name from the Aliens character played by the late Bill Paxton. Paxton also starred in the film True Lies, and both it and Aliens were directed by James Cameron.

Among Howey’s other more noteworthy roles, he plays Kate Hudson’s fiancé in the 2009 black comedy Bride Wars, the egghead Weatherby in the 2006 martial arts flick DOA: Dead or Alive, and the titular hero of the 2009 comedy horror Stan Helsing. It doesn’t appear he’s starred in anything alongside Arnold Schwarzenegger, but who knows? Maybe the former governor of California will stop by the TV series for a cameo.

If you’ve seen 1994’s True Lies, then you may remember that Arnold Schwarzenegger’s unfulfilled suburban wife Helen is played by Jamie Lee Curtis. When Helen discovers her husband’s double life and forces her way into the more dangerous side of Harry’s profession, it helps rekindle their marriage. According the to Variety report, the same premise will be a part of the upcoming series, though no one has yet been been cast in the role of Helen.

Precious little has been revealed about the upcoming True Lies series so far, save that Arnold Schwarzenegger won’t be playing the main hero. Matt Nix, creator of the USA espionage series Burn Notice, will write the pilot for True Lies. Anthony Hemingway (Red Tails, The Wire) will direct the pilot and James Cameron — who directed the film — will be attached as executive producer.

True Lies was a hit at the box office and a rare entry in Arnold Schwarzenegger’s credits. While by 1994 Schwarzenegger was no stranger to action fare or to comedy — having already starred in both Kindergarten Cop and Twins by that point — True Lies added just a dash of James Bond to the muscleman’s action/comedy mix, as well as a stronger element of romance than most of his films.

While True Lies is a well loved film, not everyone’s memories of it are rose colored. Along with Arnold Schwarzenegger and the other talent already mentioned, the film starred a 12 year old Eliza Dushku as Harry and Helen’s daughter Dana. It was one of Dushku’s first roles and unfortunately, it proved to be a traumatic experience. In 2018, in the midst of the #MeToo movement, in a Facebook post (via The Hollywood Reporter), Dushku alleged the film’s stunt coordinator Joel Kramer — who was 36 at the time — sexually assaulted Dushku during filming. She also said that after she told a “tough adult friend” about the assault who confronted Kramer, she suffered injuries during stunts coordinated by her alleged attacker. 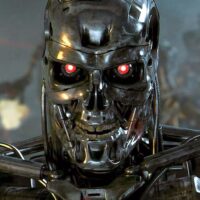