Animated Movies Coming Soon: SpongeBob May Come Out As Gay

Animated movies, for the most part, are a fun watch. Done right they are family-friendly affairs balancing the right amount of kiddy humor with knowing nods in the direction of adults. 2020 will see no shortage as Disney, Pixar, and Illumination all return with animated movies. Of course, they aren’t the only studios in the animation game.

This is the second Disney/Pixar release of 2020. Pete Docter (Monsters, Inc., Up, Inside Out) brings back his Oscar-winning talent to this story about a Jazz player who finally gets his chance. But before he can see it through, he is involved in an accident that causes his soul to be separated from his body. Now his soul must work with others to return his soul before it’s too late.

Jamie Foxx is the Jazz player and Tina Fey (who helped co-write Soul) is 22, a trapped soul.

Illumination is bringing the Minions back for the summer of 2020. This time, Gru is coming back with them. Steve Carell once again lends his voice as Gru and as the title suggests, this sequel to the 2015 Minions tells of their first encounter with a young law-breaking Gru.

The first ever teaser trailer for Minions: The Rise of Gru is here…

This storyline for this animated sequel movie was first teased at the end of the Minions movie, where a young Gru shows up. Judging from the teasers, this film will then pick up right where Minions left off.

Not much is known concerning the plot of Fox’s animated series turned movie. The original voices of the Bob’s Burgers TV show are expected to return and it has been described as a musical adventure comedy. This formula has worked for Fox animated shows before, most notably with the highly successful The Simpsons Movie back in 2007. The Simpsons Movie managed to make nearly $200 million at the box office.

Connected is the new animated movie produced by Phil Lord and Chris Miller. If you don’t know those names, you should. They’ve been responsible for some of the best animated movies made in the past decade, including The Lego Movie, Cloudy with a Chance of Meatballs, and most recently the Academy Award winning Into the Spiderverse.

Here’s the first trailer for Connected…

In Connected, an everyday family dealing with all the normal modern problems of technology decides to go on a road trip. While they’re out seeing the sights, there’s a robot uprising and somehow they have to save the world.

Disney offers its third entry of 2020 with Raya and the Last Dragon. The story is set in a re-imagined Earth called Lumandra. An ancient civilization inhabits Lumandra where a warrior named Raya is on a quest to find the last dragon in the world. Cassie Steele voices Raya and Awkwafina is Sisu, the water dragon.

The original Croods was a big hit back in 2013, so it’s surprising DreamWorks Animation has taken this long to release a sequel. Stars Nicolas Cage, Catherine Keener, Ryan Reynolds, Emma Stone, Cloris Leachman, and Clark Duke return as the Croods and they are joined by Peter Dinklage and Leslie Mann.

The story of The Croods 2 that challenges The Croods to their biggest threat: another family.

This animated feature coming to Netflix is based on Lois Lowry’s book of the same name. The Willoughbys tells the story of the four Willoughby children who are abandoned by their selfish parents. The four children must come together and bring their old-fashioned values along to create a modern family.

This animated film does not have a set release date, but it comes from Base Animation, a new animation studio and will be released by Sony. Voice cast includes Jackie Chan, John Cho and Constance Wu that is a genie-in-the-bottle type story when a boy encounters a dragon who can grant wishes.

Again, no specific release date for this film but it is expected to come out in 2020. Flummels are donut-shaped animals and this story follows two, Op and Ed, as they accidentally travel through time from 1835 Shanghai, China to modern-day only to find out that their species is extinct. Now they need to not only save themselves but their species as well.

Created in partnership with the WWE, Rumble is a giant monster wrestling movie which, from the first trailer, actually seems a lot like the Will Ferrell movie Blades of Glory. Watch the first trailer here…

The animated movie follows an out of shape monster (voiced by Will Arnett) training to be a wrestler in a future world where Godzilla-sized monsters wrestle in a ring for the amusement of the public.

The idea of making a sequel to the 1990s Michael Jordan animated movie vehicle Space Jam started out almost as an internet joke. But now it’s a thing that’s really happening.

Instead of Michael Jordan, his NBA heir apparent Lebron James will star alongside the usual group of animated Looney Tunes characters. Lebron is also producing the film. We expect his acting to be at least as good as that of Jordan’s, which isn’t saying much.

The original Space Jam also included human actors on the team, but in the original those human actors played themselves. Bill Murray, for instance, was just playing Bill Murray. That doesn’t seem to be the case with Space Jam 2. When asked about it Don Cheadle revealed, “No, I’m not playing myself. I actually can’t tell you what I’m playing.”

“What” not “who” is an interesting choice of words. It could be that Cheadle isn’t even playing a human, let alone himself. The original movie featured Looney Tunes characters and humans teaming up to win a basketball game against aliens, thus saving everyone from enslavement. Maybe Cheadle will end up on the alien team.

Genndy Tartakovsky is the genius mind behind Samurai Jack, one of the greatest pieces of animation ever created. He also came up with Dexter’s Laboratory and helmed the highly funny, weird, and successful Hotel Transylvania. Now he’s putting his talents to work on Popeye.

The project was originally announced way back in 2012 but it soon fell into development hell. Now it’s back out of the pit and on track again, with Tartakovsky teaming up with King Features to make his unique vision for the classic, fighting sailor happen.

Here’s Tarakovsky talking about his plans for Popeye, something he is apparently very passionate about…

It was Popeye that first sparked Tartakovsky’s love of animation as a child and he’s dedicated to coming up with something incredible to resurrect the character. If anyone can do it, he can.

Okay Simpsons fans let’s count the ways. We’ve had over 30 years and close to 675 episodes of the Simpsons. We’ve had video games, toys, and we’ve had theme park rides based on The Simpsons. We’ve even been blessed with a movie. But the one thing we, as Simpsons fans, haven’t had? A sequel to that movie. D’oh! Well hold on to your bootstraps because word has it that a new Simpsons movie is on its way.

True, the movie, according to long-time Simpsons producer Al Jean, is in the “very, very early stages”, as he told Slash Film recently. “I would say yes although we’re just in the very, very early stages. We would love to do one for Disney but it’s not like it’s happening next week or next year. At D23 Matt [Groening] said, ‘I think it’s gonna happen’ and I agree with that. So, I agree with that statement. I believe it will happen.” Jean also confirmed that when this new film takes flight that it won’t be a direct sequel to the Simpsons movie from 13 years ago.

While there isn’t a definite start date, plot, or even if it will be a big-screen release or head straight to Disney+, the fact that a new movie is on the horizon should make all Simpson fans shout out a big “WooHoo!”

Disney is working on a remake of their 1942 classic animated movie Bambi. They’re calling it a “live-action” remake but since there really aren’t any humans in the story and every animal in it will be CGI… this is just a computer animated remake of a 2D animated movie. They basically did the same thing with The Lion King only this is likely to have even less (if that’s possible) actual live-action footage.

So this new Bambi is a CGI version of the old Bambi. Since the original Bambi is so much older than more recent redos like The Lion King, it might be tempting to try and amp up the story for modern audiences, but THR says that isn’t happening. Their insiders tell them Disney is not planning to force this new Bambi into being something bigger, narratively, than the old one. 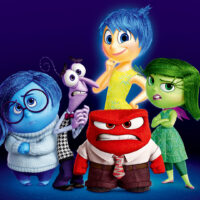 Inside Out 2: Could It Happen? 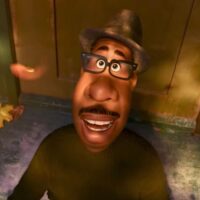 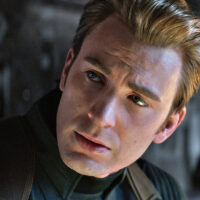