Hollywood veteran Sam Elliott has apologized for comments he made about Benedict Cumberbatch’s 2021 film The Power of the Dog. The actor recently took a swipe at the movie on Marc Maron’s WTF podcast. As previously reported, the Butch Cassidy and the Sundance Kid star described the Oscar nominee as a “Piece of s*** Western” with allusions to homosexuality. But he wasn’t done there. Sam Elliott also had some choice words for New Zealand-born director Jane Campion, questioning her knowledge about the American West. Now, while promoting his new series 1883 the U.S actor backtracked quite a bit.

“I wasn’t very articulate about it [The Power of the Dog]. I didn’t articulate it very well,” he told Deadline. “I said some things that hurt people, and I feel terrible about that,” he continued. Sam Elliott also retracted his comments about the film’s director at the Contenders TV event, adding that he thought Jane Campion was brilliant. He went on to apologize to the entire cast, referring to them as excellent actors. The Quick and the Dead alum then acknowledged Benedict Cumberbatch’s ability and said, “I can only say that I’m sorry, and I am.”

The 77-year-old also addressed the LGBTQ community who were hurt by the comments. He said the gay community had supported him during his entire career. Even when he was just starting out, they were friends on every level and every job description. Sam Elliott said he was sorry for hurting those friends and someone he loved. And anyone else who felt insulted by the words he used

Following Sam Elliott’s insensitive comments, Jane Campion responded with some harsh words of her own. Speaking to Deadline, the Oscar-winning director called his point of view sad and unfortunate because he really hit the trifecta of misogyny and xenophobia, and homophobia.“I don’t like that,” she told the publication. “I think he was being a little bit of a b-i-t-c-h. Plus he’s not a cowboy, he’s an actor.”

Based on Thomas Savage’s 1967 novel of the same name, The Power of the Dog explored themes like love, grief, resentment, jealousy, masculinity, and sexuality. Led by Benedict Cumberbatch, the movie also featured stellar performances by Kirsten Dunst, Jesse Plemons, and Kodi Smit-McPhee. The film premiered at 78th Venice International Film Festival in 2021, where Campion won the Silver Lion for Best Direction. Except for Sam Elliott, the movie received praise from critics, who gushed over Campion’s direction, the screenplay, and cinematography.

Meanwhile, Sam Elliott is preparing to star in more episodes of the Yellowstone prequel series 1883. Created by Taylor Sheridan, the story explores the lives of the first members of the Dutton family who travel to Montana, and how they created Yellowstone Ranch. Starring alongside Elliott is Tim McGraw, Faith Hill, Isabel May, LaMonica Garrett, Marc Rissmann, Audie Rick, Eric Nelsen, and James Landry Hébert.

The popular Western series sees Sam Elliott portray Shea Brennan, a hardened Civil War veteran who leads the Dutton Family and a group of European immigrants across the frontier. According to Deadline, Paramount+ plans to submit Elliott for Emmy consideration in the Outstanding Actor category. The show will also be nominated for the Limited Series award since 1883 will not be back for a second season. 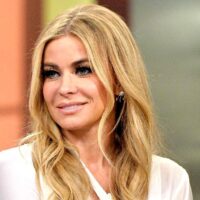