Noah Shannon Green is the son of Megan Fox and Brian Austin Green. He's frequently photographed with his parents wearing dresses and styling his hair like a girl. Get to know Noah with our in-depth guide.

Best known for films such as the first two Transformers movies, Jennifer’s Body, and Teenage Mutant Ninja Turtles, you might also recall that she was once married to actor Brian Austin Green (90210).

Some people have often called Noah Shannon Green a girl. His hair length and clothing choices defy gender stereotypes. But this is something, according to Megan Fox, that has been going on since her son was very young.

“Noah started wearing dresses when he was about two, and I bought a bunch of books that sort of addressed these things and addressed a full spectrum of what this is,” the Transformers actress shared with Glamour when talking about Noah Shannon Green.

“Some of the books are written by transgender children. Some of the books are just about how you can be a boy and wear a dress; you can express yourself through your clothing however you want. And that doesn’t even have to have anything to do with your sexuality. So, from the time they were very young, I’ve incorporated those things into their daily lives so that nobody feels like they are weird or strange or different.”

“Noah started wearing dresses when he was about two, and I bought a bunch of books that sort of addressed these things and addressed a full spectrum of what this is.”

Megan Fox went on about her son, explaining just how talented he is. “Noah is an unbelievable pianist. He can learn Mozart’s concerto in an hour,” she said via Hollywood Life. “I want people to see that, but I also don’t want the world to have access to this gentle soul and say all the things that we all know they’re going to say.”

HOW HIS PARENTS, MEGAN FOX AND BRIAN AUSTIN GREEN, MET

The pair met on the set of the sitcom Hope & Faith when Fox was 18 and Green was 30. According to Fox, though, it was Green who was the hesitant one in starting a relationship because of their age difference. “I had to convince him that I was slightly more responsible and well-spoken and had other things to bring to the table besides being 18,” she told E! Online.

Long before there was Noah Shannon Green, Megan Fox and Brian Austin Green were engaged for four years before they finally tied the knot in 2010. When they said their “I do’s,” Fox became the stepmother to Green’s then 9-year-old son, Kassius Lijah. Green had Kassius with his ex-wife, actress Vanessa Marcil (90210, General Hospital).

When Noah Shannon Green was born, he immediately became the half-brother to Kassius. One year later, Noah became a brother to Bodhi.

During this time, Fox and Green had their difficulties. It was a rough relationship that had them filing for divorce twice, the second time they stopped it because of wonderful news – Megan Fox was expecting their third child together. They ripped up the divorce papers to give it another go when Journey was born.

Journey is four years younger than his older brother Noah Shannon Green. Unfortunately for the growing family, Fox and Green couldn’t make it work out despite their attempts and their three boys. Fox filed for divorce in November 2020 and it was finalized in October 2021.

Megan Fox and Brian Austin Green were married almost two years before they announced Fox was expecting. It was September 27, 2012, when Fox and Green welcomed Noah Shannon Green into their lives. Noah’s birth, who turns 10 in a couple of months, was announced proudly by mom Megan on her official Facebook page.

“I gave birth to our son Noah Shannon Green on September 27th. He is healthy, happy, and perfect. We are humbled to have the opportunity to call ourselves the parents of this beautiful soul and I am forever grateful to God for allowing me to know this kind of boundless, immaculate love.”

HOW NOAH AND HIS PARENTS DEAL WITH BULLYING

Bullies are going to bully, and Noah Shannon Green has seen and heard his share of it. It’s not that his parents have been trying to shield him from it, because they have.

Noah is enrolled in a school “where the other parents are similar in their beliefs. And the other kids aren’t really on the internet, the same way that most kids are.”

Megan Fox continues, “So, they know that their parents are famous, but their knowledge of it is very limited. I knew when they were very young, I wanted to try to protect them however I could, especially limiting their exposure to the internet.”

“So far, we’ve done a really good job and we maintain their innocence in a lot of ways, but I know I can’t protect them forever, though I do have a child that suffers.”

“So, I have a lot of worries about that, because I just wish that humanity was not like this. Although my kid is so brave, and my child is so brave and I know that they’ve chosen this journey for a reason. It’s just hard as a mom,” she concludes.

If you were to ask Noah Shannon Green, he doesn’t give a rip about what the other kids are saying about him in school. According to Fox, Noah has been wearing dresses to school since an early age.

She explained one time to The Talk host, Sharon Osbourne, “He designs, he draws outfits. He’s very talented, but he’s still six. He’s really into fashion. He’s the one, like, sometimes, he’ll dress himself and he likes to wear dresses, sometimes. And I send him to a really liberal, like, hippy school. But even there, here in California, he still has little boys going like, ‘Boys don’t wear dresses,’ or ‘Boys don’t wear pink’.”

Fox also explained at the time that she was in the process of teaching young Noah to be confident, no matter what. Don’t bother with what other little boys or girls say, just be who you are.

She then said that Noah had worn a dress earlier that week to school. “He came home and I was like, ‘How was it? Did any of the friends at school have anything to say?’ And he was like, ‘Well, all the boys laughed when I came in,’ but he’s like, ‘I don’t care, I love dresses too much.'”

Newer a truer statement has been uttered. Noah Shannon Green has been seen out on many occasions with either Megan Fox or Brian Austin Green sporting one dress or another.

“My son, he’s 4,” he explained. “I’ve heard from some people that they don’t agree with him wearing dresses. To them I say, I don’t care. He’s 4 and if he wants to wear it, then he wears it.”

Brian Austin Green even commented a number of years back about those who speak out against his son, saying via PEOPLE, “My son, he’s 4,” he explained. “I’ve heard from some people that they don’t agree with him wearing dresses. To them I say, I don’t care. He’s 4 and if he wants to wear it, then he wears it.” 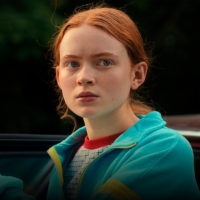 Sadie Sink: A Stranger Things Breakout And An Instagram Star 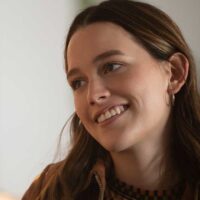 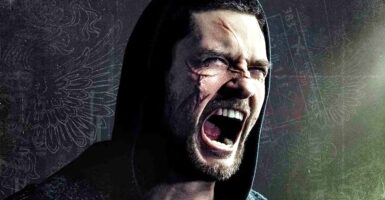