On Monday evening, Congress passed a $900 billion coronavirus relief package, $15 billion of which will go to the Save Our Stages Act, which will provide assistance to theatres, music venues, museums, and independently-owned movie theaters. With many stores shuttered since the beginning of the pandemic earlier this year, this money will be a huge asset to these struggling businesses.

Since 60% of movie theaters are owned independently, this money will be provided to around 1,580 movie theater operators, which represents about 3,500 locations. The bill provides relief to companies with 500 full-time employees or fewer, and would restrict publicly traded companies and other large companies to receive aid. According to the National Association of Theatre Owners, independent and midsize theaters have seen their revenues drop by at least 70% throughout 2020.

This bipartisan relief bill was written by Senator Amy Klobuchar and Senator John Cornyn last summer. Klobuchar said, “Independent venues were some of the first establishments to close down and will likely be some of the last to open.” However, it’s still uncertain how the money will be divided amongst movie theaters, yet with $5 billion going exclusively to movie theaters, this would average to about $1.4 million per theater operator.

While independent movie theaters have been struggling, so have the larger cinema groups. After reopening for several months, Regal Cinemas – the second-largest movie theater chain in North America – closed all of their theaters again. Meanwhile, the largest theater chain, AMC Theaters has reopened and stayed open for months. Yet in October, AMC Theaters said they could run out of money by the end of 2020 or early 2021.

Yet while movie theaters have been able to open with some discretion, other live entertainment venues haven’t been so lucky. The independent venue association has said that more than 300 music venues have closed since the beginning of the pandemic. Broadway has also suffered immensely, as theatres closed in March, and the Broadway League has said that theatres won’t open until June 2021 at the earliest.

With many movie theaters remaining closed during the pandemic, movie studios have also had to find new ways to increase their revenue. Disney recently announced that the company would focus on streaming releases through its Disney+ streaming service. Since then, Disney has announced a plethora of new titles from Pixar, Marvel, Lucasfilm, many of which will be exclusive to Disney+. The company has said that their plan for releases is fluid though, and could change, likely depending on how safe it becomes in the next year to return to theaters.

In another surprise move from studios, Warner Bros. announced that 17 of their films, starting with Wonder Woman 1984 and running throughout 2021, would be released on HBO Max the same day they come to movie theaters. Even though this means major releases like Dune and The Matrix 4 will be available at home, many filmmakers have been shocked by Warner Bros.’ decision, stating that they were not told about the choice to move to streaming, with some even threatening legal action against the studio.

Why Movie Theaters Need To Die 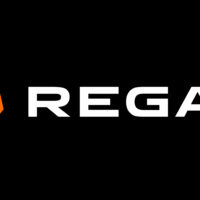