In the world of the arts, the idea of being eclectic or unpredictable almost counts as a form of currency. Those who brand themselves with the most shock value attached to their public image tend to be more talked about, making them more popular, and more likely to have a larger following. Attention-seeking behaviors are rewarded, and there’s a truth that upholds the idiom “all press is good press” to those who make headlines on a regular basis. One of the most critically acclaimed and controversial American rappers, Kanye West, unveiled his latest publicity stunt by renaming himself – legally, this time.

It’s a little less complex than those such as Prince who had first changed his name to an unpronounceable symbol, before identifying himself as The Artist Formerly Known as Prince, TAFKAP, or on occasion, The Artist. CNN announced that Kanye West is no longer Kanye West, but has chosen to legally change his name to “Ye.” He originally filed to change his name in August 2021 after openly encouraging that he be addressed by “Ye,” a nickname that he first initiated being used in 2018.

“I believe ‘ye’ is the most commonly used word in the Bible, and in the Bible, it means ‘you,'” he said. “So I’m you, I’m us, it’s us,” Kanye West said in an interview with The Fader in the summer of 2018. The rapper cited “personal reasons” for the intention behind the change of name. At the time, the name change wasn’t legal, but something he publicly asked others to call him. Currently, the musical artist is in the motions of a divorce from Kim Kardashian West who declined to request a name change. Their fourth child uses the surname “West.”

The name change of “Kanye West” drawn down to “Ye” may be one of the performer’s least dramatic feats yet as the rapper has generated a reputation for himself around his online and in-person behaviors. He previously announced that he would campaign as a candidate in the 2020 United States presidential election, where he self-reported spending $14.4 million on his campaign. Kanye West may not have become the next president, but did earn 66,636 votes according to the NBC News Tally. On November 4, 2020, he Tweeted out a photo of his silhouette against an electoral map with the caption “KANYE 2024,” implying that he may intend to run for office next term.

In early 2019, Kanye West focused on setting his religious beliefs at the forefront of his persona and began hosting Sunday Service: musical worship gatherings designated for the rich and famous. Those who gather celebrate their belief in God through joining in on gospel choir songs or music by Kanye West himself. Kim Kardashian West was the one who first publicized that they would launch Sunday Service, which led them to create a “church,” of their own, or more so, a musical ministry. Kanye West’s latest work comes in the form of his album, “Donda,” and had hosted a listening party at Soldier Field in Chicago, Ill., where he had set himself ablaze during the pseudo-concert. Kanye West’s documentary, Jeen-Yuhs, will release on Netflix in 2022. 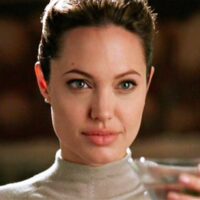