Johnny Depp has had a very bad year or so. It’s involved court cases, job losses, and more than a few runs through the negative publicity cycle. The actor’s star might be forever tarnished because of how the marriage between him and Amber Heard played out in the court of public opinion along with the actual legal court. But that doesn’t mean he and his team aren’t still fighting to keep his name clear and maybe reverse some of the previous court decisions. One of those “wins” might have come recently with police releasing bodycam footage of a night in question that came up in the case between him and Heard.

The bodycam footage in question was posted on the Twitter account @depplyhallows (an appropriately named Depp fan account). It is actual footage from the officers called to the scene of the residence of Johnny Depp and Amber Heard. This night in question was referenced in the legal proceedings between Depp and the British tabloid The Sun. Heard’s side argued that police arrived to find a “chaotic” scene. If the below footage can be believed, that seems anything but the case. Check out the videos posted by @depplyhallows:

As far as the night in question, apparently, the one referred to in this police body cam, Heard had contended that Johnny Depp had hit her in the face and then laid waste to their residence. In her deposition, she described a place in disarray following the altercation which included wine spilled over everything and tons of glass strewn about the place. But apparently, this video would appear to tell a different story of the events of the night and those in Depp’s camp are contending as much.

Representatives for Johnny Depp point to multiple parts of the video where items are still intact and in place. The wine bottles are not broken and really the place looks fine. Now, an orderly residence doesn’t mean an assault didn’t occur, that’s not the contention here, but rather that some of the details brought up in depositions don’t align with this video from the police body cameras.

The issue at hand for Johnny Depp and why this video is being jumped on by his team and fans is that the actor has been embroiled in legal battles for the better part of a year now. He sued the British tabloid, The Sun, when they used the term “wife-beater” to describe the actor. He sued them for libel and the publication went to court to prove what they had said to be accurate. That meant bringing up the details of his marriage with Heard, including a number of different incidents.

When it was all said and done Johnny Depp had lost the case and The Sun’s original words stuck with the actor. It caused him to lose his roles in both The Pirates of the Caribbean reboot as well as his part as Grindelwald in Fantastic Beast and Where to Find Them.

Whether this latest bodycam footage serves to clear the name of Johnny Depp in both legal and Hollywood circles remains to be seen. Fans certainly think it should, but the court of public opinion can often be a fickle one. We’re sure to hear more details about this because that’s basically been the case for the better part of a year now. 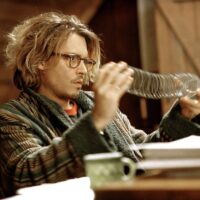 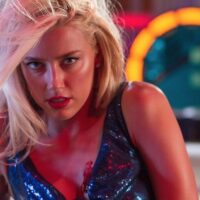