Johnny Depp returning as Captain Jack Sparrow? While not official by any stretch of the imagination, there appear to be more than a few fans that want to see it happen. A Change.org petition has been making the rounds, encouraging the studio to reverse its decision to remove Depp’s character from the lineup. And it looks like they met their first goal. That’s right, more than half a million “people” have signed the petition to bring Jack Sparrow back. Will it have any effect? Probably not. But I suppose fans can dream about the possibilities.

This particular petition, presumably created by fans, is clear in its mission and stated goal. They say they “want Johnny Depp back as Captain Jack Sparrow”. There are some vagaries in the description with some claims that the Pirates of the Caribbean franchise is basically toast without the original actor in the part. That’s the long and short around the superlatives in bringing him back. But for all the lack of specifics about the “why”, the petition has garnered quite a few signatures. More specifically, 500,000 in fact which was the original number they were looking to hit. They blew past that last week and have now upped the ante. 500K looks like a pittance compared to what they are wanting to hit now. That’s right, the new number is 1,000,000. So start signing folks, this thing is only a little more than halfway there.

Amazingly, this isn’t the only Change.org petition in circulation asking to get Johnny Depp back into the scarves and swashbuckling. Another one, with much more grounded goals, is trying to get to 50,000 signatures. They are still more than 10K short at the time of this writing. Maybe the two should combine efforts.

All of this Johnny Depp petitioning stems from the actor being relieved of his Captain Jack Sparrow duties back in the fall. It was then that Depp finished up a court case and lawsuit involving the British tabloid The Sun. He had sued the publication for libel when the latter claimed the actor was a “wife-beater” in his now-dissolved marriage with actress Amber Heard. Depp sued, saying that depiction of him was a false one, forcing the case to court. In the proceedings, The Sun was called on to prove their “wife-beater” claim with evidence. They were able to provide enough to make the court rule in their favor.

In the aftermath of the case and the public relations nightmare that ensued for Johnny Depp when details of his relationship with Amber Heard surfaced as evidence, the actor was promptly fired from a couple of different roles. The first when Disney let him go from his cameo in the upcoming Pirates of the Caribbean reboot. He was set to reprise his role as Captain Jack Sparrow in a cameo. Hence the petition madness.

But Johnny Depp was also fired from his role as Gellert Grindelwald in the Fantastic Beasts and Where to Find Them franchise. This was set to be a recurring role and represented a massive hit to the actor’s resume and ability to find future work. As of this writing, Depp has no live-action movies in pre-production or filming. At least for now, studios want no part of the actor and its unclear if this changes at all over the next couple of years at minimum.

Whether a petition from fans is enough to turn around a studio’s decision around an actor’s role in a franchise remains to be seen. My guess is it doesn’t matter at all. That half a million fans signed it I suppose means something, but it isn’t likely to move the needle even in the slightest when it comes to Johnny Depp coming back as Captain Jack. 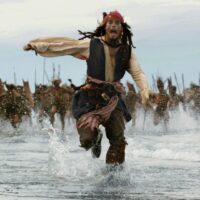 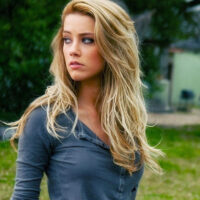 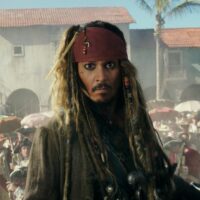 Johnny Depp’s Career May Have Just Been Saved By Fans