As InStyle magazine brings its print edition to a close, Eiza Gonzalez shared a few images of her last photoshoot for the publication. In a post on Instagram, the actress said she is heartbroken, honored, and grateful to be featured in the last print issue. She also thanked the magazine’s stylists and designers for creating incredible covers, featuring amazing women over the years. The photos showcase the young actress looking stunning in a two-piece black ensemble. The silk-looking, floor-length skirt and barely-there top perfectly complimented Eiza Gonzalez’s tousled long hairstyle. Her look was accessorized with a chunky silver necklace and ring. Photographed without shoes, the starlet’s tattoos are also featured.

You can see Eiza Gonzalez share a behind-the-scenes look in the video below.

Over the years, Eiza Gonzalez has been working hard to master her craft in the entertainment industry. After gaining popularity for her debut role as Lola Valente in the 2007 Mexican musical telenovela Lola, Erase Una Vez, she was cast as Clara Molina in the 20210 Nickelodeon teen drama Sueña Conmigo. She then got her Hollywood break starring as Santanico Pandemonium in From Dusk till Dawn: The Series from 2014 to 2016.

Since then Eiza Gonzalez has had a steady stream of work in various high-profile movies. She starred as Monica “Darling” Castello in 2017’s action crime film Baby Driver. She landed a role as Nyssiana in the 2019 cyberpunk action film Alita: Battle Angel. The 32-year-old also appeared as Madam M in 2019’s The Fast and the Furious spin-off film Hobbs & Shaw, as Fran in 2020’s comedy thriller I Care a Lot, and as Maia Simmons in the MonsterVerse film Godzilla vs. Kong in 2021.

Additionally, Eiza González prides herself on maintaining a strong social media presence. This is evidenced by regular posts showcasing news about her latest gigs, magazine covers, and photos in designer outfits. But on rare occasions, she also shares some personal news with her fans. On February 10th, the actress took to Instagram to commemorate the loss of her father who died 20 years ago. Reposting a lengthy tribute from her mother to her IG Stories, Eiza González added a heartfelt message of her own detailing the difficulty of dealing with loss. “Today is always hard. We miss you so very much,” Eiza wrote above her mother’s post. “Hold onto your loved ones tight while you’re blessed to have them.”

Losing her dad was a dark moment in Eiza González’s life. In February 2020, the Mexican actress told Nexos Magazine (via Hola!) that she developed an eating disorder after losing her dad in a tragic car accident at just 12-years-old. She fell into a deep depression and began relying on food to get her through the days. Luckily, her passion for acting is what prompted her to turn her life around and she felt better after enrolling in drama school.

After the death of her father, Eiza González was raised by her mother, a dental student who also worked as a model to provide for her two children. Now, even though it’s been decades since her dad’s passing, Eiza and her family still have a tough time processing it all. Luckily they’ve remained very close and still have their relationship with one another during the hard times. 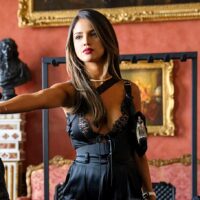 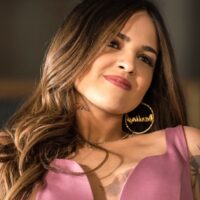 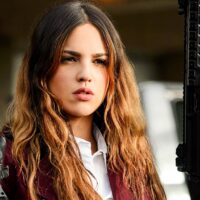 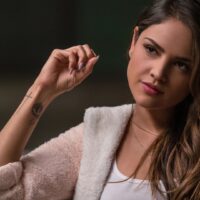